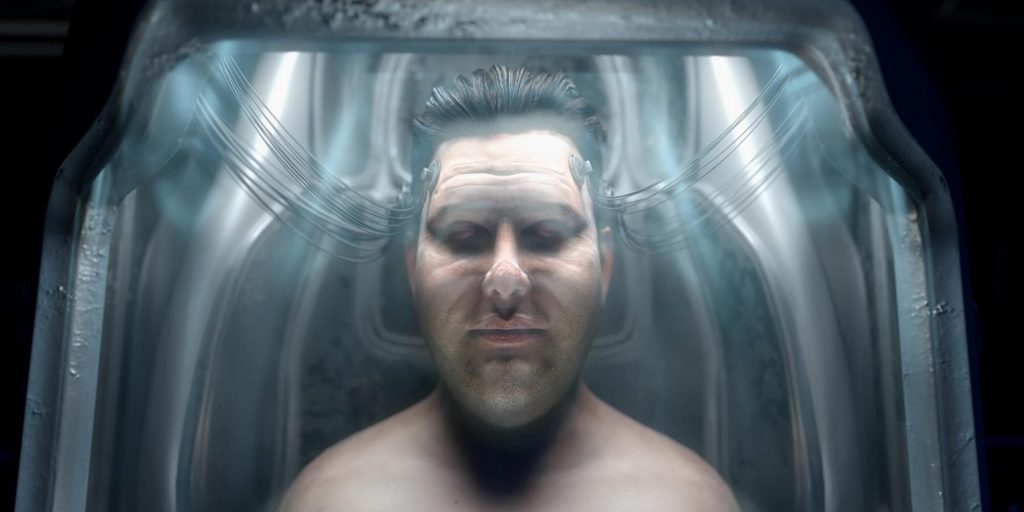 What if we are living in a simulation, and the world as we know it is not real? To tackle this mind-bending idea, acclaimed filmmaker Rodney Ascher uses a noted speech from Philip K. Dick to dive down the rabbit hole of science, philosophy, and conspiracy theory. Leaving no stone unturned in exploring the unprovable, the film uses contemporary cultural touchstones like THE MATRIX, interviews with real people shrouded in digital avatars, and a wide array of voices, expert and amateur alike.

A Glitch in the Matrix is the bizarre reality questioning documentary you want it to be. So, be prepared to have your mind boggled with plenty of speculative simulation theories – all of which are entertaining as all hell. The film definitely benefits by doubling down on all the sci-fi weirdness. We get some really out-there animation effects, not to mention odd avatar-disguised commentators (and yes, there are plenty of purposeful "glitches" throughout). The movie is pretty broad however, giving fairly surface explanations to these Matrix-like theories. So, while not going too deep in the weeds, I guess you can say this is a “beginners guide” to simulation philosophies. Things do take a rather disturbingly intense turn near the end though, where we learn of a particular heinous act that was carried out as a result of one’s belief in the whole thing. It’s really quite impactful – not to mention sobering. But, for the most part, A Glitch in the Matrix stands as just a wild and wacky rabbit hole of science fiction conspiracy theories. And frankly, that’s all it really needed to be!