AMMONITE – “A sensual showcase for Kate Winslet and Saoirse Ronan” 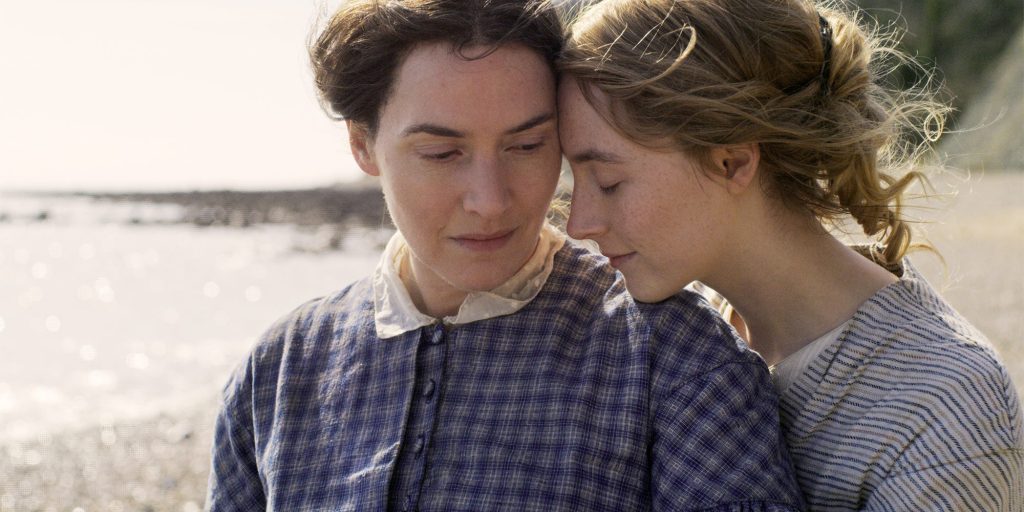 Is loosely inspired by the life of British palaeontologist Mary Anning

Mary, a palaeontologist, works alone selling common fossils to tourists. A chance job offer changes Mary's life when a visitor hires her to care for his wife.

Francis Lee’s second feature film offering, Ammonite, makes for a sensual showcase for Kate Winslet and Saoirse Ronan. That is to say, the film really comes down to the performances – and luckily, they are great. This is a movie with very little in the way of dialogue, as there are plenty of long stretches where not a single word is spoken. In those instances, the story is told through the eyes of the actors, and it’s here that our leading ladies shine. With just one look, we, the audience, know exactly what these characters are thinking (it’s great stuff). The story is a little more problematic, however, as it moves along at a snail’s pace and really drags its feet until the last 30 minutes or so. I mean, it’s also nothing that we haven’t seen before. Nevertheless, the overcast scenery on display is always breathtaking, making for a plethora of picturesque shots. So, while not going to be for those looking for plenty of substance in their plot (not to mention action), the tender performances are definitely worth a look.

MrHollywoodMD · Mr. Hollywood's Review of FATMAN, AMMONITE, and THE LIFE AHEAD