ARMY OF THIEVES – “An energetic caper with plenty of heart” 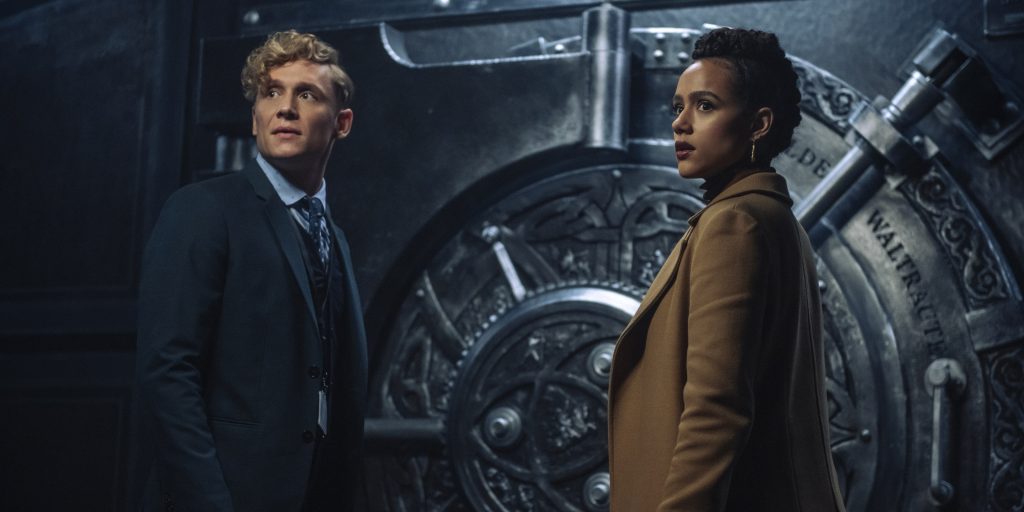 Six years before the events of Army of the Dead, during the beginning stages of the zombie outbreak, Ludwig Dieter is in his early days of safecracking. He is hired by a mysterious woman to pull off a heist with the help of a misfit crew of aspiring thieves.

While not nearly as bombastic as Zack Snyder’s Army of the Dead, Matthias Scweighofer’s prequel film, Army of Thieves, remains an energetic caper with plenty of heart. With a zippy pace to the proceedings, the movie has zero problems in the engagement department. That is to say that you’ll be whisked away with a bountiful amount of playful action, comedy, and adventure – plus a healthy helping of romance. Yep, this is another genre-bender folks, mixing elements of a harrowing heist flick with an old fashioned rom-com. And to Scweighofer’s credit, all the assorted components work, never feeling out of place. What’s not as effective, however, is the originality of it all. The story is pretty rudimentary, leaving very little in the way genuine surprises and suspense (something Army of the Dead had in spades btw). Even the big “safe cracking” scenes are fairly anti-climactic. This is mainly because, well, we pretty much know exactly how it will all turn out in the end. Luckily, the cast is a fun watch, with Nathalie Emmanuel especially proving capable with all that she has to do, including kicking a fair share of “butt.” And for his part, Matthias was able to transition his side character, Dieter, into a leading star without fail. This is particularly impressive when you factor in his simultaneous directing duties. So, while not a complete “balls to the wall” blast like its predecessor, Army of Thieves is an enjoyable heist escapade ready to be cracked.

MrHollywoodMD · Mr. Hollywood's Review of LAST NIGHt IN SOHO, and ARMY OF THIEVES