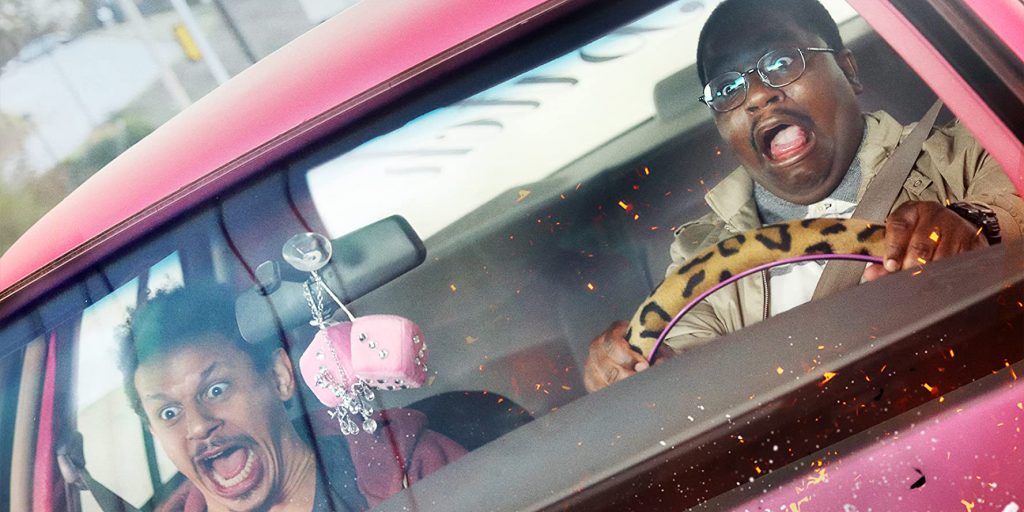 Here’s the thing, as far as a series of hidden camera pranks go, Bad Trip is an oddly enjoyable ride. But, as far as an actual movie goes, well, it’s a lot more of a clunky drive. Yes, there is indeed an actual through-line plot here, but it’s really all about the hidden camera shenanigans at play. And, I’ll admit, they are pretty funny. Of course, Eric Andre is no stranger to this type of straight-faced/shock comedy (I mean, have you seen his Adult Swim talk show?), but it was especially fun to see Tiffany Haddish and Lil Rey Howery get in on all the pranking mischief. Haddish was particularly a riot, proving that she has all the right comedic timing and impulses as an actress even when not scripted. Performances aside, the mix of pedestrian trickery and traditional film elements doesn’t always mesh well. And, unlike other films of this nature (Borat anyone?), there’s no real rhyme or reason to it all. The filmmakers surely aren’t putting a spotlight on society in any meaningful way. So yes, if it’s just silly shock and awe you crave, then Bad Trip will have no problem getting you to your destination! But, if it’s a comedic film of substance (of any kind) you’re after, then it’s probably best you bail on this ride.