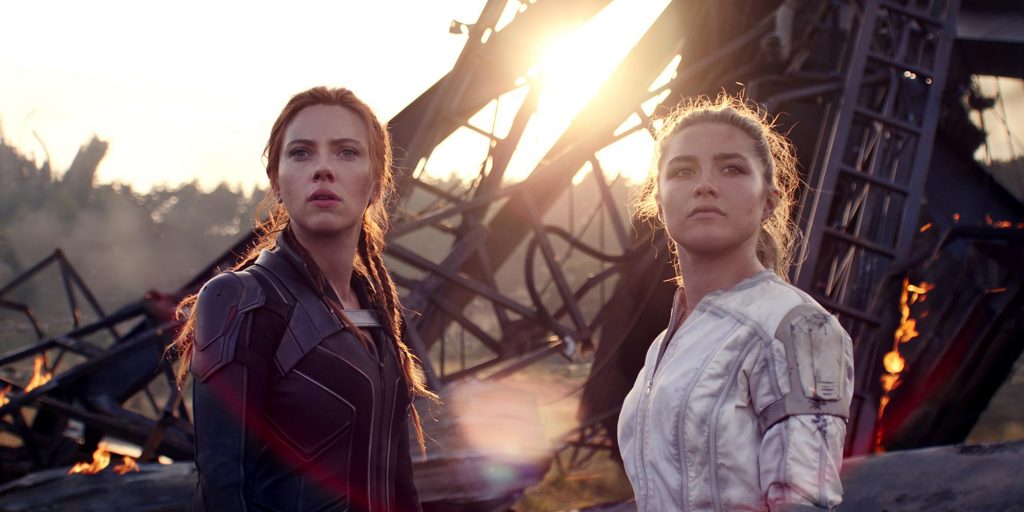 Is based on the Marvel Comics character of the same name and is set after the events of Captain America: Civil War (2016)

Natasha Romanoff finds herself on the run and forced to confront a dangerous conspiracy with ties to her past. Pursued by a force that will stop at nothing to bring her down, Romanoff must deal with her history as a spy and the broken relationships left in her wake long before she became an Avenger.

Thanks largely to the cast at hand, Black Widow shines as a stellar MCU standalone with action to spare! That action serves as a true highlight here, blending the otherwise familiar Marvel-style battle sequences with Jason Bourne-esque physicality. The result is quite the adrenaline high, one that (impressively) rarely lets up. The film’s biggest achievement doesn’t come from the awe-inspiring action shots though, but rather its impeccable casting. With the main players' chemistry off the charts, the dysfunctional familial themes are underscored to perfection (they don’t so much “butt heads” as they do punch them). And while Scarlett Johansson’s starring effort is noteworthy for all the right reasons, it’s actually her co-star, Florence Pugh, who steals the show. In a true breakout turn as Natasha’s younger “sister,” Yelena, Pugh will surely endear herself to the Marvel fanbase with a performance full of torment, heart, and sheer bad-assery! It’s these types of multi-layered depictions that really give the genre naysayers something to choke on (take that Stephen Dorff). Of course, the movie does have its fair share of “comic book” absurdity, mind you. In fact, there’s more than one narrative element that could have come across in the corniest of ways had it been in different hands altogether. Luckily, our director, Cate Shortland, grounds the more outlandish proceedings with just the right amount of humanity. And, lucky for her, she had an A-grade cast to do it with!

Shang-Chi and the Legend of the Ten Rings
$21.7 million