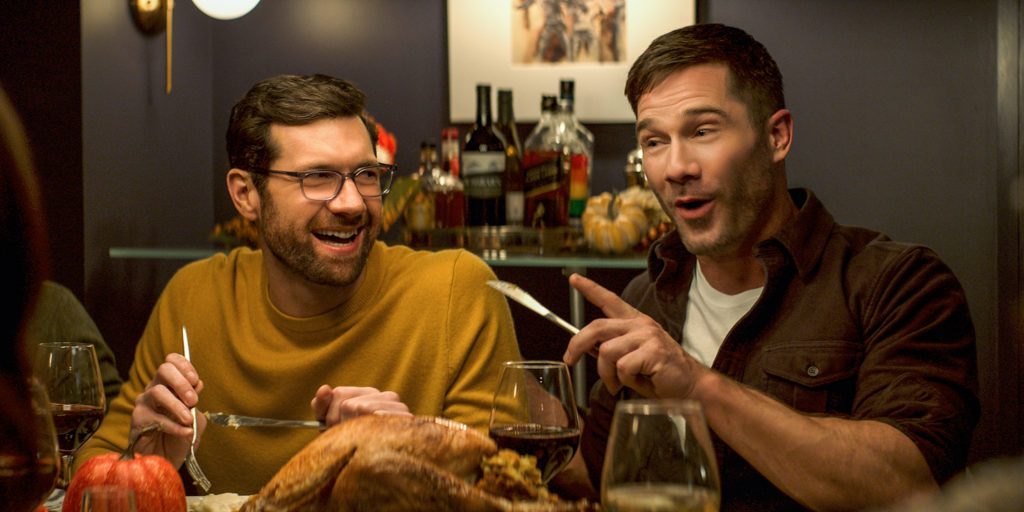 Bobby Lieber, an "out and proud but also scared and self-doubting" New York museum curator, is hired to write a romantic comedy about a gay couple. Along the way, he meets—and eventually falls in love with—Aaron, a "macho" lawyer.

Smart, self-aware, and most importantly funny, Bros marks a fun alternative to the rom-com genre. Now, I will say that your enjoyment of this film will likely rest on your enjoyment of our lead actor (not to mention writer and executive producer) Billy Eichner. Eichner’s personality is a lot to take in for many. But, for better or worse, it is authentic, and that authenticity is really key to this film. You’ll believe the love story at hand, and even though that love is between 2 men, it’s all universal. Mind you, the LGBTQ elements are a refreshing change of pace, giving this genre more nuance play with. And while it does feel like the film is pushing an agenda a little too hard at times, what is being said is no doubt important. But above all that, the film is effortless in its appeal. You’ll laugh, smile, and chuckle throughout. There’s plenty of pop culture references and nods, not to mention really great celeb cameos. In short, don’t go see Bros because it’s a significant step forward in commercial films, go see Bros because it is a good movie.