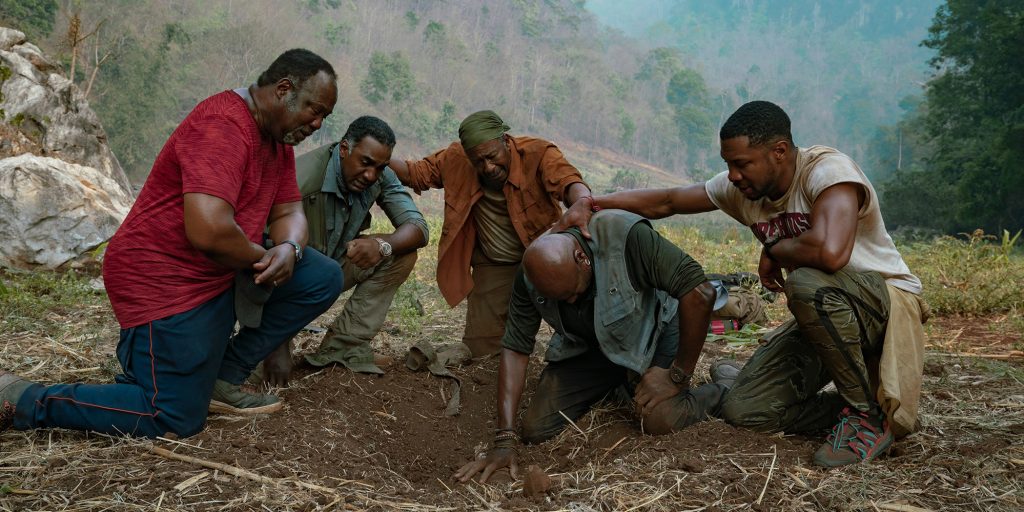 Four African American Vietnam veterans return to Vietnam in search of the remains of their fallen squad leader and the promise of buried treasure. These heroes battle forces of humanity and nature while confronted by the lasting ravages of the immorality of the Vietnam War.

Powerful and poignant, Spike Lee’s timely war drama packs an impressive punch! There is no doubt this film will resonate with the events of today, making it even more urgent in its appeal. The film actually serves as a reminder of the anguished history faced by the black community (and others) with plenty of real life photo/video insertions to hammer home its points. The viewer is forced to take it all in and stare at the results straight on. But it’s also more than a history lesson, it’s a story of friendship and the complicated bonds between soldiers. It’s a story of the haves VS the have-nots, and the faulty promises wealth will bring. It’s a story that tackles mental health and generational divide. It’s also straight up entertaining! The production is top notch, as are the performances. Spike Lee has also done some real interesting things by way of flashbacks, having the characters appear as they do in the present, minus the ones who have passed on. One can argue the film takes a little too long to get to its inevitable turning point, making the 156-minute runtime seem  a smidge excessive. Regardless, Da 5 Bloods is bloody impactful, often literally!