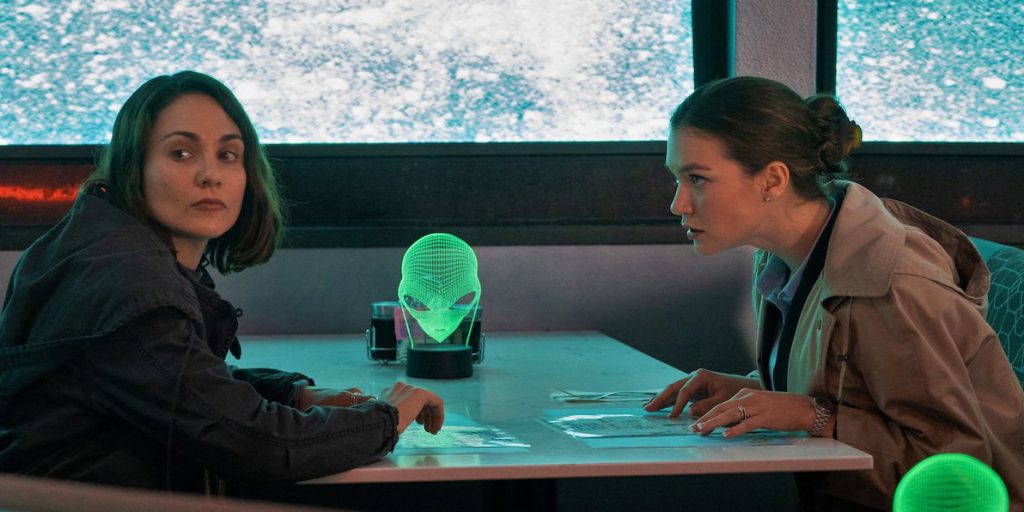 A troubled young woman returns to her hometown of Niagara Falls, where the memory of a long-ago kidnapping quickly ensnares her.

If you watch one Niagara Falls mystery thriller co-starring David Croneneberg this year, make it Disappearance at Clifton Hill! No seriously - there is a lot to like here, including an enticing story that will surely keep you interested, even when it does veer in some silly directions. That silliness comes mostly courtesy of a pair of stage magicians who are also the parents of a boy who went missing years ago. So while the rest of the movie plays in a moody backdrop of realism, these particular characters, and their respective scenes, take things in an almost comical cartoony direction. And as bizarrely unsettling as it sometimes gets, it just never fits. Luckily, the majority of the film hits the right tone, with some stellar performances leading the way. Our “can we or can’t we trust her” protagonist, Abby, is played to paranoid perfection by Tuppence Middleton. The aforementioned Cronenberg, making an ultra rare appearance IN FRONT of the camera, makes for a wonderfully weird podcast host who serves as the town’s kooky “historian.” Even Eric Johnson does well with very little screen time as a slimy businessman with annoyingly good looks. So while the movie may be uneven, especially in the plot department, there’s enough intrigue to carry it through the choppy waters.