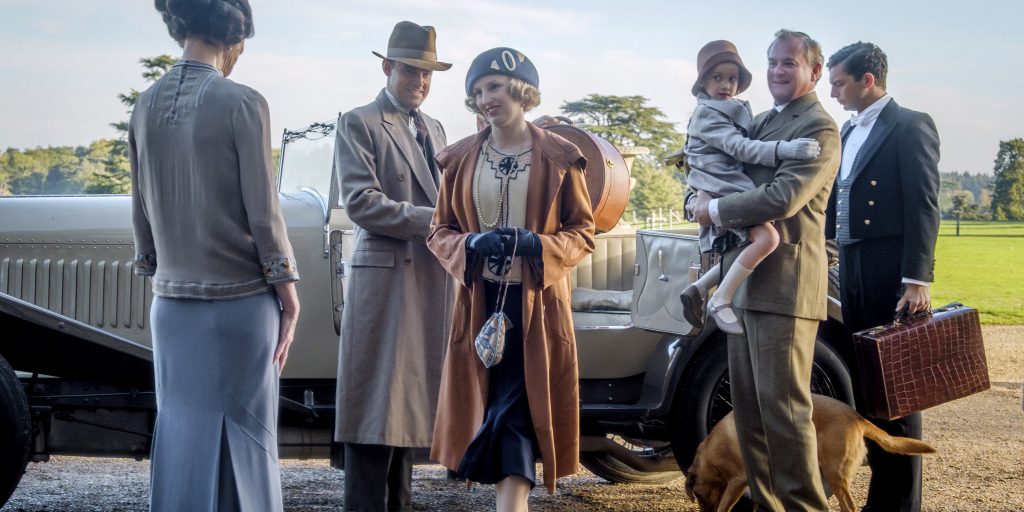 Is a continuation of the British television series of the same name.

The beloved Crawleys and their intrepid staff prepare for the most important moment of their lives. A royal visit from the King and Queen of England will unleash scandal, romance and intrigue that will leave the future of Downton hanging in the balance.

Downton Abbey’s silver screen debut is nothing short of a big ‘ol dish of delightfully amusing fan service. That is to say, if you watched the beloved British TV program of the same name (and liked it), then you are certainly going to devour what is being served to you here: a plate of crumpet covered comfort food. Downton’s old-timey whimsy is at an all time high, as is the frenzied fun, with everyone and their mother in atwitter over an impending royal visit. More so, the distinguished cast is clearly having a blast (something that is infectious to the audience), as they dish out wonderfully snappy dialogue in performances they’ve had upwards of 6 years to master. And as you might expect, the set pieces and production design are all incredibly lavish, no doubt thanks to the increased cinematic budget offerings. Now, if you have not seen the show, and are going in blind, well, it’s a bit of a different story. I mean, sure you’ll get the gist of it all, but with LOTS of characters (many with only the briefest of appearances) and no time for back stories, it’s just not going to pack the same punch of panache. This is a movie that plays to its fan base, essentially saying “to hell with newbies.” Abbey aficionados however, this plate’s for you. Bon appetite!