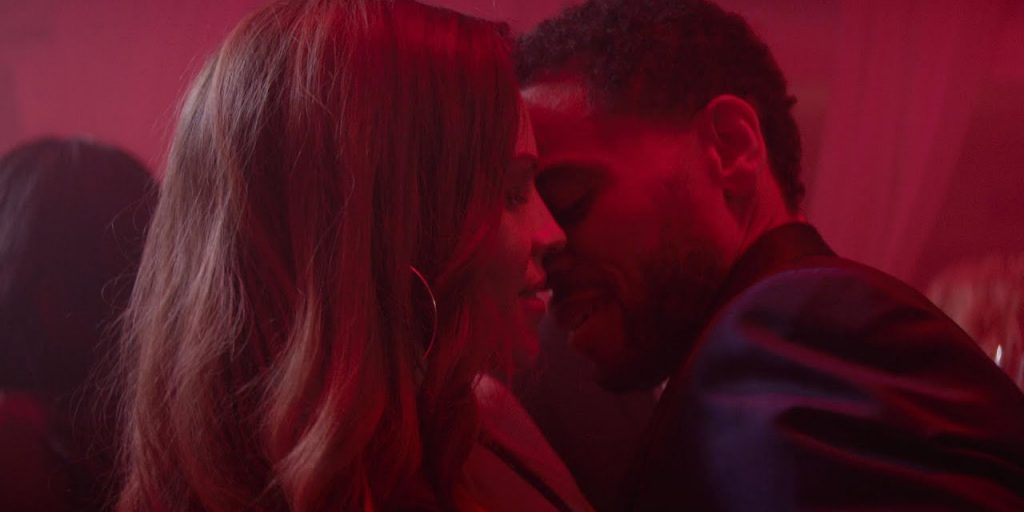 After a wild one-night stand, Derrick, a successful sports agent, watches his perfect life slowly disappear when he discovers that the sexy and mysterious woman he risked everything for, is a determined police detective who entangles him in her latest investigation. As he tries desperately to put the pieces together, he falls deeper into her trap, risking his family, his career, and even his life.

While Fatale is no modern-day noir masterpiece (by any stretch of the imagination), it admittedly makes for a b-movie quality guilty pleasure. For one, the story is incredibly soapy, mixing low level suspense with barely-there eroticism. But again, it's all watchable, keeping us entertained with a mostly unpredictable game of cat and mouse. But much like the production values, the acting is all over the place. Pretty much everyone involved here behaves in all sorts of laughable ways. Let's just say characterization isn't this film's strong suit. Hilary Swank probably deserves the most credit though, as she certainly embraces the "crazy" on more than a few occasions. Unfortunately, it's all too lurid and silly to be some sort of career highlight for the Oscar winner. So while it's easy to dismiss Fatale as nothing more than a trashy distraction, there's still something to be said for its twisty throwback charms - no matter how tawdry they might be. Just be prepared to leave logic at the door!