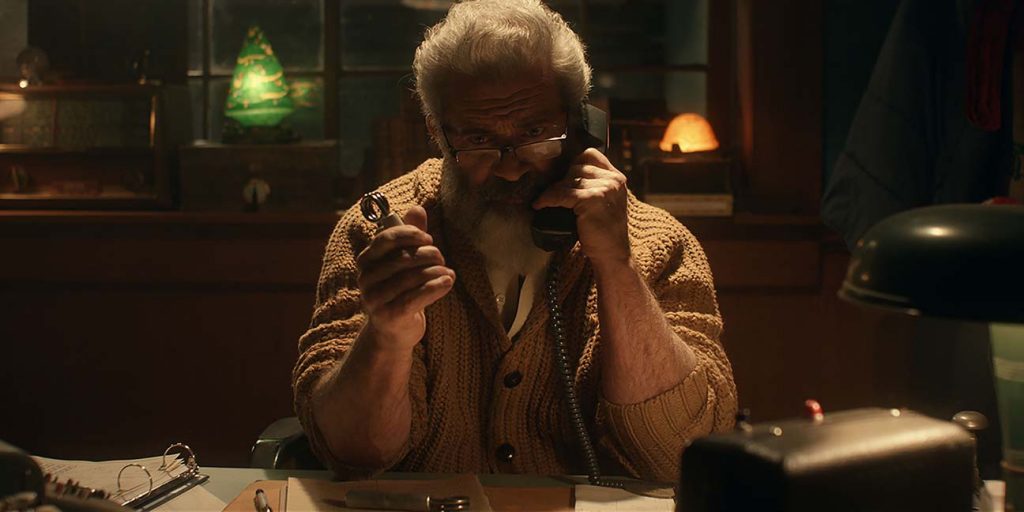 To save his declining business, Chris Cringle, also known as Santa Claus, is forced into a partnership with the U.S. military. Making matters worse, Chris gets locked into a deadly battle of wits against a highly skilled assassin, hired by a precocious 12-year-old, after receiving a lump of coal in his stocking.

When it comes to Eshon and Ian Nelm’s ultra-dark comedy Fatman, the ambitious concept yields entertaining results, but it’s not all jolly good fun. The first thing you should know about this Mel Gibson/Santa Claus assassin film, is that it takes itself very seriously (no winking at the camera here folks). Yep, everything is played rather earnestly, and frankly, it works as being something refreshingly different. The Nelms brothers also do a great job of really stripping things down and creating a gritty taut feel to the proceedings. Unfortunately, the execution is hit and miss, with things starting rather sluggishly and ending on a bit of an underwhelming whimper (the less I say about the elves/military plotline the better). The performances from Goggins and Gibson are great however, with the latter really owning his “prickly” persona at this point. Marianne Jean-Baptiste might deserve the most praise though, as her “Mrs. Claus” really gives the film its heart. So yes, while seeing Santa in a brazen gun battle is wrong on so many levels, it’s admittedly amusing as all hell.  And for that alone, this Fatman is probably worth a gander.

MrHollywoodMD · Mr. Hollywood's Review of FATMAN, AMMONITE, and THE LIFE AHEAD