FINCH – “Tom Hanks + a robot and a dog = sentimental entertainment” 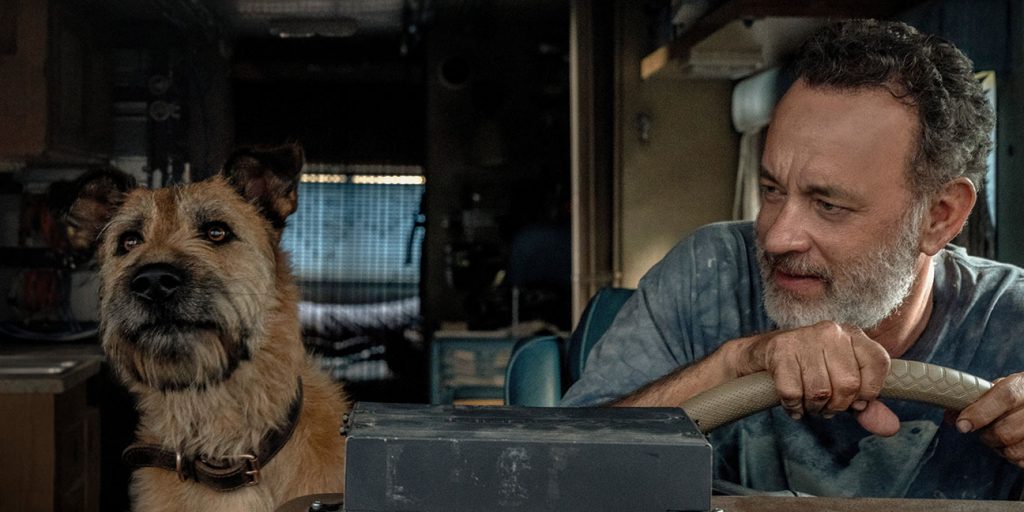 An ailing inventor, the last man on Earth, builds an android to keep him and his dog company and goes on a journey across the country.

Tom Hanks + a robot and a dog = sentimental entertainment. I mean how could it not? Hanks was once able to make us believe in an onscreen friendship with a volleyball after all. But the thing is, Tom may be the only human character in the film (minus a small flashback), but he's far from the only one to root for. This is a 3 "man" show, and the aforementioned dog and robot more than do their part to connect with the audience. It's yet another testament to Hank's reliably smooth acting chops. For those that are going into it for the post-apocalyptic story though, just know that while interesting, it's nothing special (or all that original). Yes, the dusty and decrepit landscape is visually effective, but there's very little in the way of meaningful explanation and/or exploration of what occurred. In other words, the "end of the world" backdrop takes a backseat to the man/dog/robot tale. Not a bad thing by any means, but perhaps disappointing for those looking for more of a "Tom Hanks meets Mad Max" adventure. So, as long as you know what's on tap ahead of time, you'll have no problems getting sucked into the powerful charms of these characters - human or otherwise.