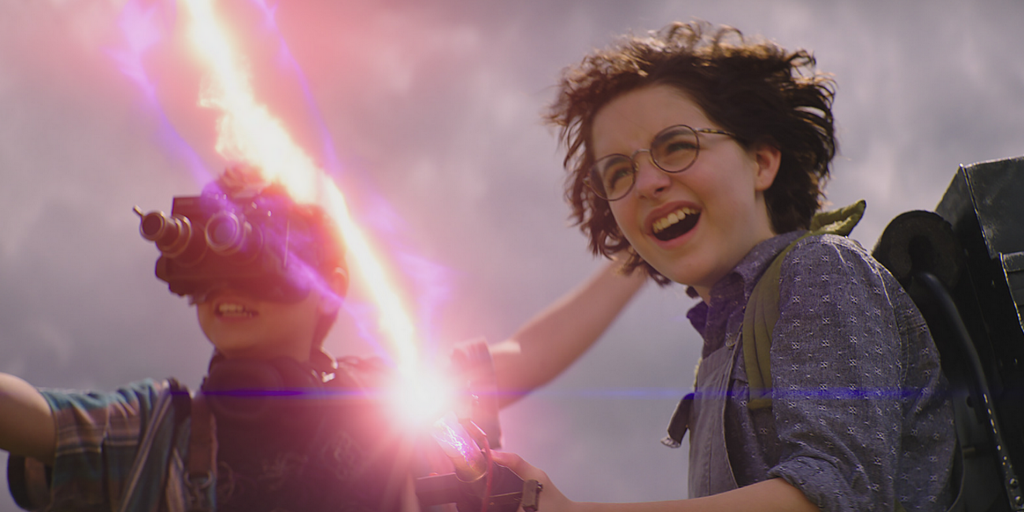 It is the sequel to Ghostbusters (1984) and Ghostbusters II (1989) (both directed by Reitman's father Ivan, who serves as producer)

When a single mother and her two children move to a new town, they soon discover they have a connection to the original Ghostbusters and the secret legacy their grandfather left behind.

Hang on to your P.K.E Meter, Ghostbusters: Afterlife is a proton stream of crowd-pleasing nostalgia! Now, is there perhaps too much fan service paid? Probably. The music cues, sound effects, gadgets, outfits, vehicles, heck, even the movie’s “big bad” – it’s all overly familiar territory designed to please the core fanbase. And, well, they succeed (lots of in-cinema cheers going on in my screening). I should note that the newer elements (and characters) work too though. Ok, so it can get a little “Stranger Things” at times (and not just because of Finn Wolfhard), but the youthfulness was certainly welcome. And I’ll admit, I was skeptical about taking the franchise out of New York City and into a dusty country town, but that worked just fine as well. My biggest complaint, however, is that things progressed a little too slow. I get that there is a discovery element that can’t be rushed, but by the end it became an exercise in “let’s bust some ghosts already!” The much-publicized returns and cameos do mak for feel good moments, even if they weren’t overly necessary. And no spoilers of course, but the homage paid to one particular character is truly touching. In fact, it’s easy to feel for all the characters here. Our director, Jason Reitman, is a master at putting an eclectic mix of people on screen and making us genuinely care about them (Juno anyone?). That genuineness is perhaps what sets the film apart from that 2016 reboot attempt, which went the over-the-top/goofy route. This one clearly has a lot of love for the OG films, and it does its darndest to make us remember why we loved them too!