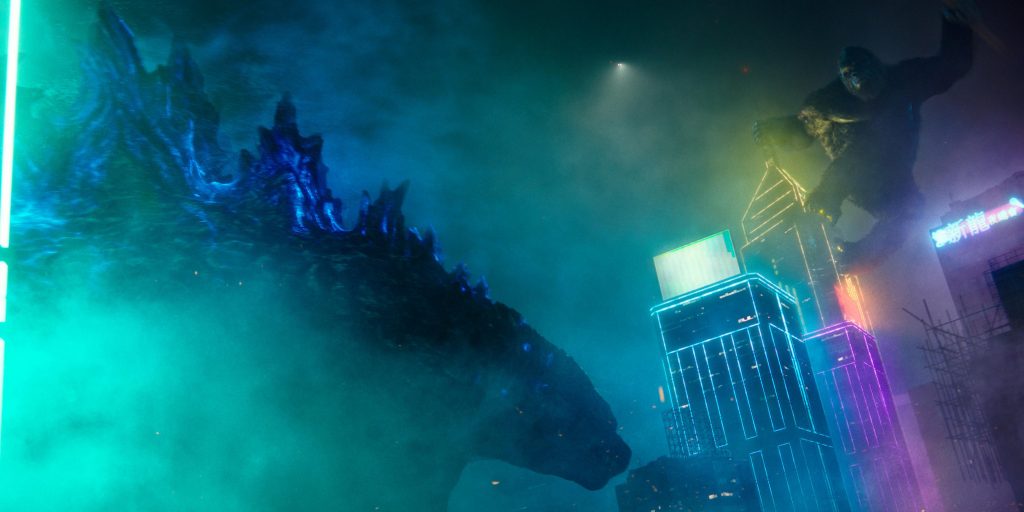 Kong and his protectors undertake a perilous journey to find his true home, and with them is Jia, a young, orphaned girl with whom he has formed a unique and powerful bond. But they unexpectedly find themselves in the path of an enraged Godzilla, cutting a swath of destruction across the globe. The epic clash between the two titans--instigated by unseen forces--is only the beginning of the mystery that lies deep within the core of the Earth.

In Godzilla VS. Kong, mass destruction = mass entertainment! Yep, as advertised, this is a knockdown, drag out monster-sized good time! I mean, it’s also big, loud and incredibly dumb, but it doesn’t pretend to be something it’s not – which I think we can all appreciate (at least I do). All the high points of Adam Wingard’s monster film centre around our titular colossal creatures and the awe-inspiring CGI that’s used to bring them to life. It really is a feast for the eyes. But, just as with the previous instalments in this Legendary MonsterVerse franchise, the film’s weak spot is its human characters. To be honest, they just aren’t that interesting – especially when you have larger-than-life titans at play around them. There is also the fact that they are constantly making bone-headed decisions for their baffling motivations every step of the way. Heck, I would even venture to say that Millie Bobby Brown’s entire side story is useless to the plot at hand. Take it out and it wouldn’t change a thing! But, of course, these mere mortals are nothing but filler. The big ‘ol monster showdown is what everyone will be plopping their money down to see. Luckily, it does NOT disappoint.