HOME SWEET HOME ALONE – “They should have left it alone” 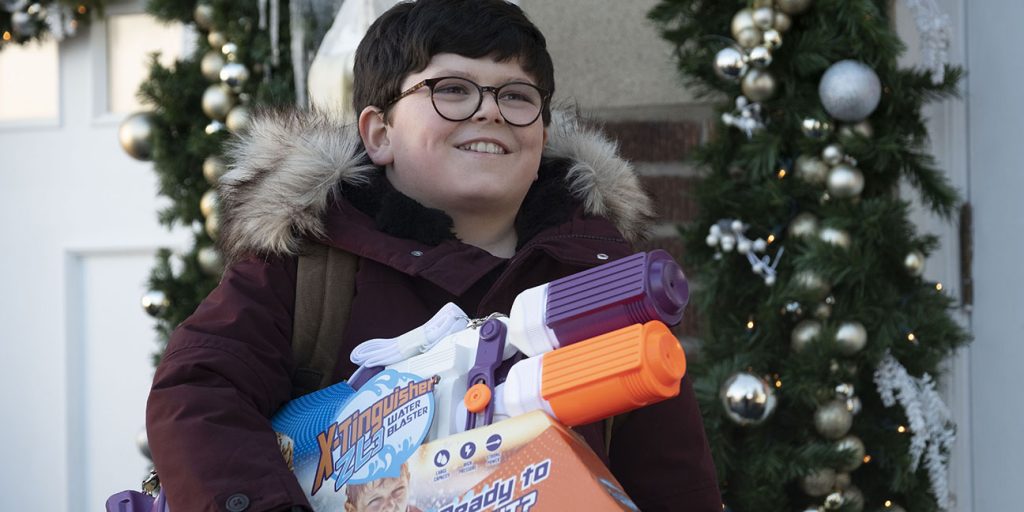 Is a re-boot/sequel of the 1990 film Home Alone

Ten-year-old Max Mercer is left behind at home by himself for the holidays when his family leaves for a vacation to Tokyo and has to take separate flights due to an error in the flight booking. At first, Max revels in getting to do whatever he wants now that he's alone, but soon must defend his house from burglars Pam and Jeff Fritzovski, a couple looking to steal a priceless heirloom from his family.

When it comes to Dan Mazer’s Home Sweet Home Alone, the quasi-reboot/sequel to Home Alone, well, they should have left it alone. While it is a slight improvement over Home Alone 3 through 5 (yes, there are that many), it doesn’t hold a candle to the 1990 and 1992 Macaulay Culkin-starring classics. For starters, there’s some blatant copying going on. Yep, straight up circumstances and word-for-word dialogue taken directly from the original (with no improvements to them btw). If this was a genuine remake, then sure, but they make it clear that this film “lives” in the same universe as the original. Heck, even the actor who played Buzz reprises his role here. No spoilers as to what Kevin’s big brother is up to now, but it’s pretty uninspired. I’m guessing Macaulay Culkin was unavailable, or, more likely, uninterested (smart guy). Speaking of Kevin, the young actor who is put in the “boy left at home role,” Archie Yates, is not nearly as effective as he was in 2019’s Jojo Rabbit. It’s not necessarily his fault though, as the script doesn’t give him much to do. How can that be? Well, this time they focus the film on the “robbers.” And we’re not talking Marv and Harry. Nope, the robbers this time are well-meaning parents who get caught up in a major case of mistaken circumstance. In fact, there’s so much miscommunication going on that it puts Three’s Company to shame. Are there comical parts? A few. It helps that the cast is mostly inherently funny (Pete Holmes cannot not be hilarious). Some of the trademark boobytraps are also fun (in an over-the-top violent way of course), but even they are mostly rip-offs of the original. The whole thing is just uneven in its focus, not to mention rushed. And by putting the emphasis on the robbers, we don’t care as much about the kid – mainly because we don’t get enough time with him. Unless they can clone Macaulay Culkin as an 8-year-old boy, I think it’s probably time to abandon house on this franchise once and for all.