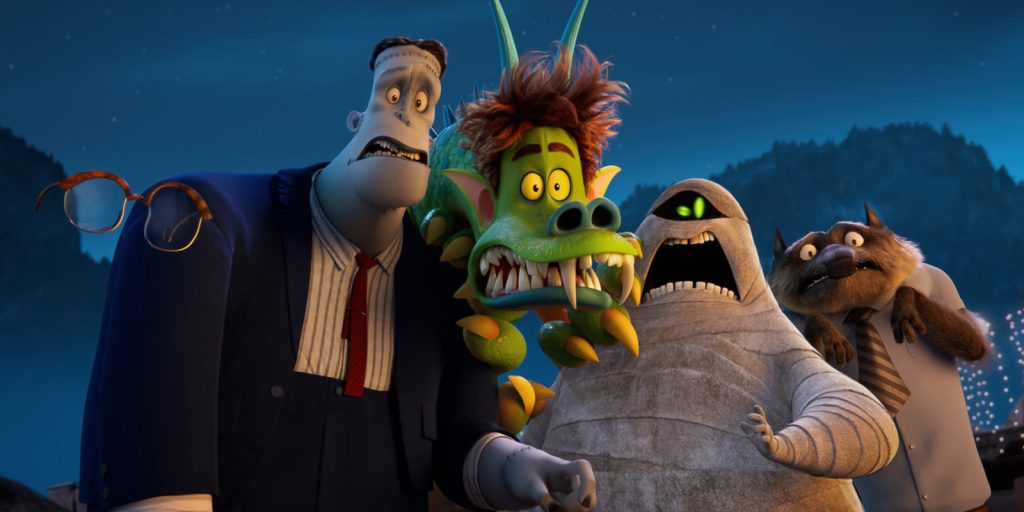 Van Helsing's mysterious new invention transforms Drac and his pals into humans, and Johnny into a monster. With their new mismatched bodies, Drac and the pack must find a way to switch themselves back before their transformations become permanent.

The fourth time is not quite the charm for the Hotel Transylvania franchise, as the overly gimmicked plot equals middling amusement. That’s not to say that there aren’t chuckles to be had though. The movie is ripe with silly fun and commonplace gags, but it’s not like they are particularly inspired. It doesn’t help that the “body switched” story has been played to death at this point. Is it harmless entertainment for the kiddie crowd? Sure. Is it a poignant conclusion for all the characters in this madcap Addams Family adjacent world? Not quite. Abrupt is more like it. To be fair, the voice cast has always been a highlight for the series, and, well, they are once again. What can I say, Andy Samberg’s exaggerated vocal chops are perfectly made for animation! Veteran voice artist Bret Hull also does a nice job of filling in for an absent Adam Sandler as “Drac.” Why did Sandler not opt to do this film, you ask? I’m sure there’s some publicity friendly answer to do with “scheduling conflicts” out there, but I’m pretty sure he saw the script and thought what we are all thinking at this point: Hotel Transylvania had a good (not great) run, but it’s clearly time to close the doors on this hotel once and for all.