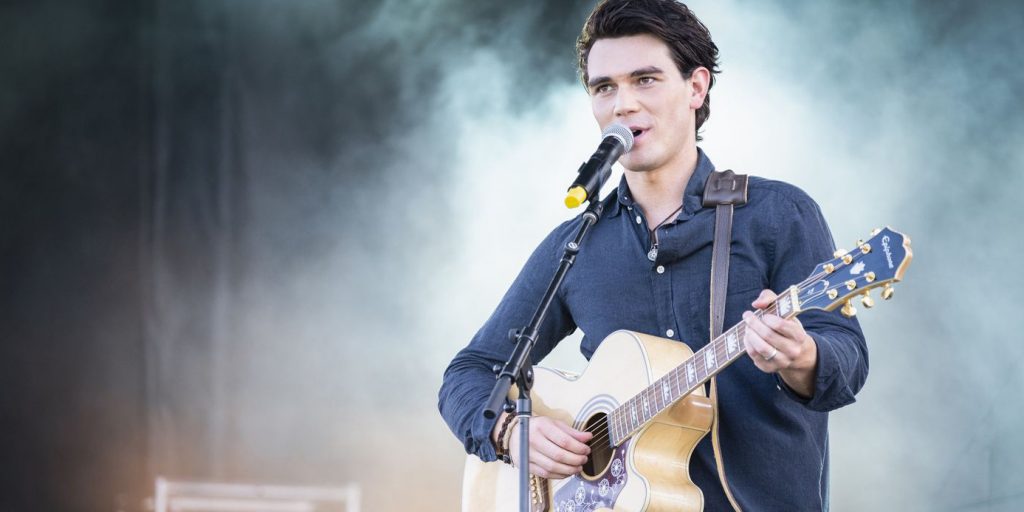 Is the true life story of Christian music mega star Jeremy Camp and his remarkable journey of love and loss that proves there is always hope in midst of tragedy and that faith tested is the only faith worth sharing.

I Still Believe is an effectively sappy-sweet story of love and faith. It’s also a fairly great showcase for KJ Apa's acting and singing talents. Trust me, the Riverdale star has no trouble carrying the movie through all the emotional peaks and valleys here. His singing is easy on the ears, while teenage girls will surely find him easy on the eyes as well. But be warned, this movies is not going to be for everybody. The ultra wholesomeness on display can be both refreshing and annoying. This is a bio-pic about a Christian rock star after all, so yes, expect a fair share of “God talk.” It’s not enough to derail the movie for non-religious viewers though, but it is very prevalent at times. Think an episode of that 90’s drama 7th Heaven mixed with A Star Is Born. And while it never reaches the heights of the latter, there are more than enough musical and sentimental heft to be found.