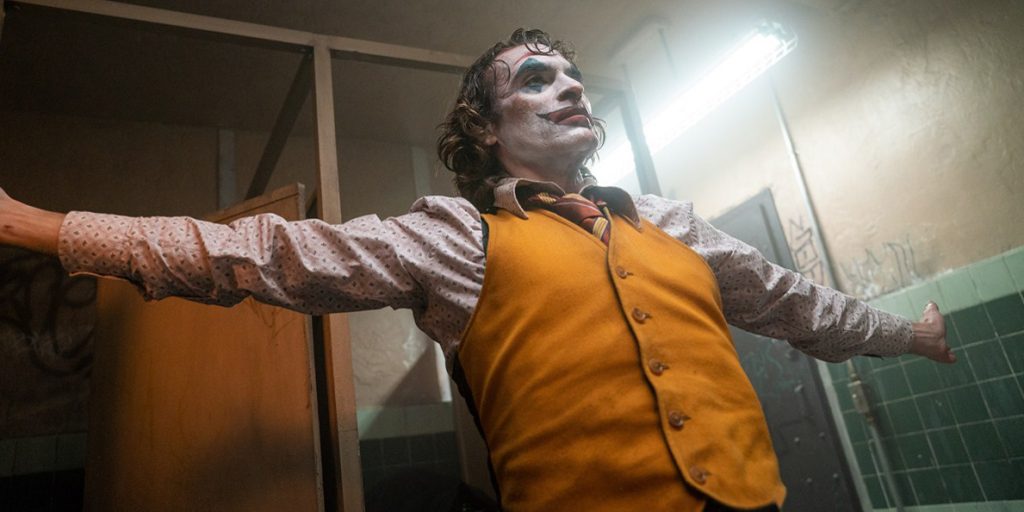 Forever alone in a crowd, failed comedian Arthur Fleck seeks connection as he walks the streets of Gotham City. Arthur wears two masks -- the one he paints for his day job as a clown, and the guise he projects in a futile attempt to feel like he's part of the world around him. Isolated, bullied and disregarded by society, Fleck begins a slow descent into madness as he transforms into the criminal mastermind known as the Joker.

Todd Phillip’s stab at DC comic’s iconic Batman villain is nothing to laugh at, as Joker is a hypnotic and demonic can’t miss showcase for all involved. That goes double for Joaquin Phoenix, who plays the tormented titular character to sheer perfection, giving way to an incredibly transformative performance that simply needs to be seen to be believed. It should be noted however, that this film isn’t going to be for everyone, especially those looking for more commonplace comic book movie fun. Trust me, this isn't pretty stuff, but it’s immersive and oh so effective. And interestingly enough, for an origin film, Joker isn’t as cut and dry as one might think, leaving lots of room for “after credits discussions” as to what TRULY happened. And for all you “Bat fans” out there, don’t worry, even though the caped crusader doesn’t appear in the movie, there are lots of juicy plot pieces that incorporate your hero and his own storied beginnings. But in the end, perhaps this is one disturbing deep dive that you should experience for yourself.