JUDAS AND THE BLACK MESSIAH – “A powerhouse in every conceivable way” 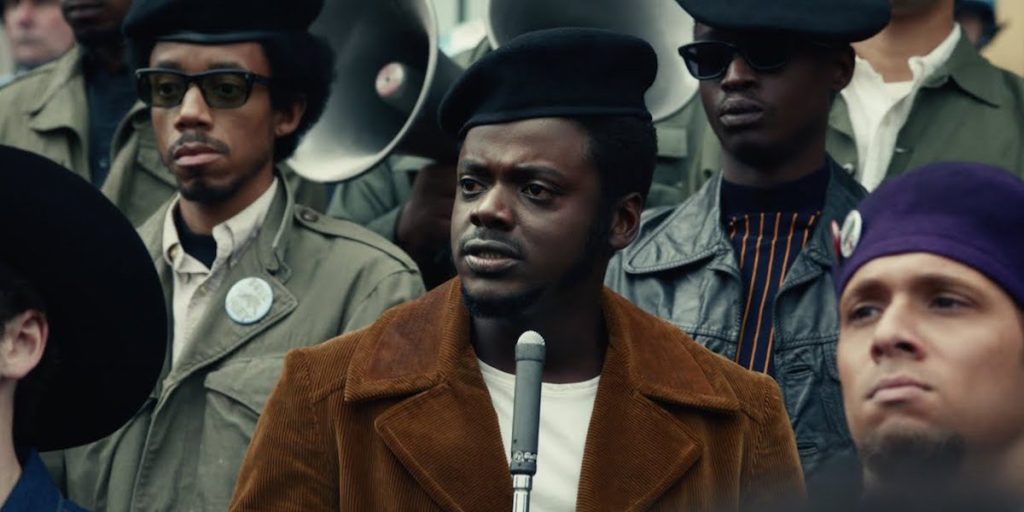 Is based on a true story detailing the betrayal of Fred Hampton, chairman of the Black Panther Party in the late 1960s

Offered a plea deal by the FBI, William O'Neal infiltrates the Illinois chapter of the Black Panther Party to gather intelligence on Chairman Fred Hampton.

Tragic, shocking, and extremely bold - Judas and the Black Messiah is a powerhouse in every conceivable way. Our director, Shaka King, has done a wonderful job of recreating the powder keg that was the late 1960’s in Chicago. Thanks to King and his stellar production team (not to mention the film’s striking musical score) the on-screen tension boils to quite the palpable high. The performances also keep the powerful authenticity at max level, with Daniel Kaluuya and Lakeith Stanfield delivering some staggering true-to-life depictions. Kaluuya is particularly electrifying in the role of Black Panther leader Fred Hampton, one that should hopefully garner him some award recognition. And despite all the film’s heavy political drama, it still manages to serve up a pretty substantial amount of action. Yep, as far as biopics go, they don’t get more rousing than this one. Of course, that doesn’t take away from the film’s urgent themes surrounding racial inequalities and the societal divides that exist (both then and now). Judas and the Black Messiah hammers home its messages with blunt force, and in doing so, will leave you reeling from its affects for a long-time to come.