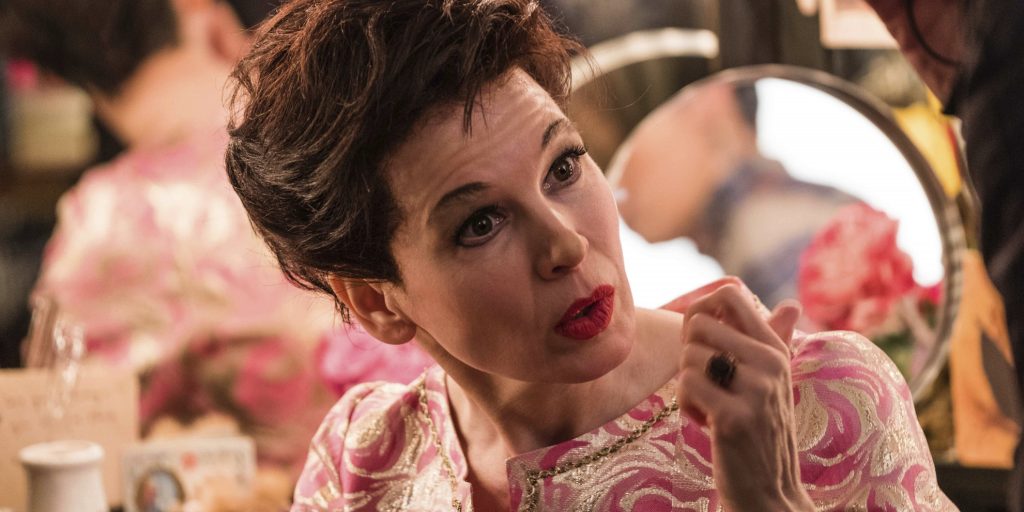 Is about the life of American actress and singer Judy Garland in 1969, as she arrives in London for a run of sell-out concerts at the Talk of the Town and is an adaptation of the  Broadway play End of the Rainbow by Peter Quilter.

Thirty years after starring in "The Wizard of Oz," beloved actress and singer Judy Garland arrives in London to perform a set of sold-out shows. While there, she reminisces with friends and fans and begins a whirlwind romance with musician Mickey Deans, her soon-to-be fifth husband, all while dealing with substance abuse problems and depression.

Yes, Judy is a remarkable character study of a stage and screen legend in her final stretch of life, but to be clear, this film is made all the more worthwhile by Renee Zellweger’s stellar turn in the titular role. Here, Zellweger is pure glittery and jittery perfection, giving Judy a much nuanced and heartfelt presence throughout. As for the film itself, well, it hits all the familiar notes you expect it to, leaving little in the way of any real revelations. I mean, there are select flashbacks to a young Judy struggling with her new found fame that might raise a few eyebrows from those unfamiliar (how many people have had “staged” birthday parties on studio sets for publicity shots?). It also should be noted that the many production and costume design elements (especially hair, makeup and wardrobe), are top of the line here, making it truly worthy of the star they’re celebrating. And while it all adds up nicely, giving Judy the look and depth she deserves, it is once again Zellweger who brings it all to the forefront for everyone to see (and feel). Not to jinx it, but perhaps Renee should start making some room on her “awards shelf.”