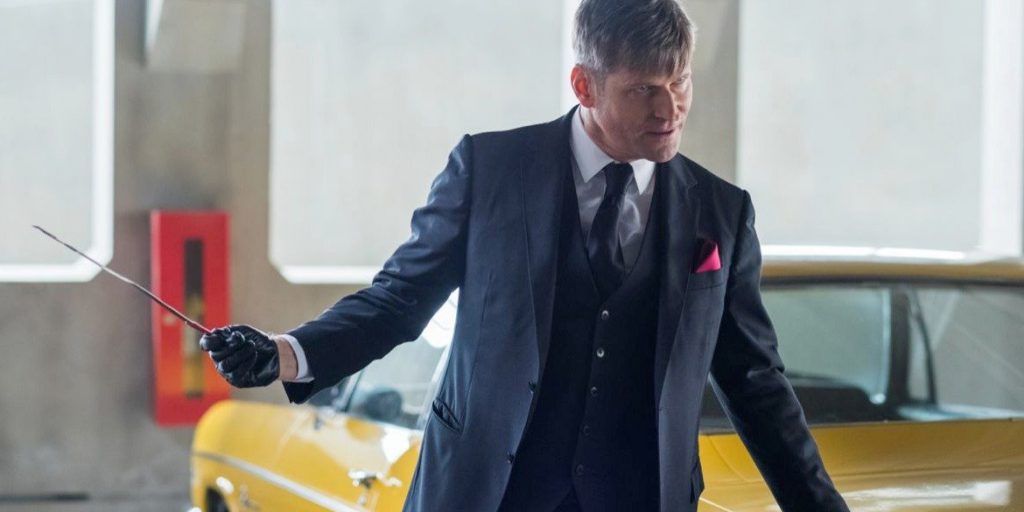 Finally out of prison, safecracker Red rejoins his wife and daughter and vows to go straight. But psychotic French hit man Luc has also come to town, seeking revenge against Red for the death of Luc's brother - leading to a very unlucky showdown.

Roger Avery’s Lucky Day can probably best be described as an exercise in subpar gonzo cinema. It’s cartoony. It’s kitschy. It’s bloody. It’s just not very good. It also feels out-dated, and not in some self-aware throwback kinda way either. You see, its got the look and feel of a 90’s Tarantino banger, but lacks everything that made his early films great: exceptional dialogue, a killer soundtrack, standout performances, a stimulating plot… Thank goodness for Crispin Glover, who (and I can’t believe I’m legitimately saying this in the year 2019) completely steals the show with a truly oddball performance so entertaining that, if you’re like me, will excite you every time he appears on screen. The other aspects of the film however, well, they are so bizarre, you’ll need to roll with the punches (or in this case, the onslaught of gunfire) just to get through it all. Sorry Avery, the 1990’s discount bin at Blockbuster called, they want their movie back.