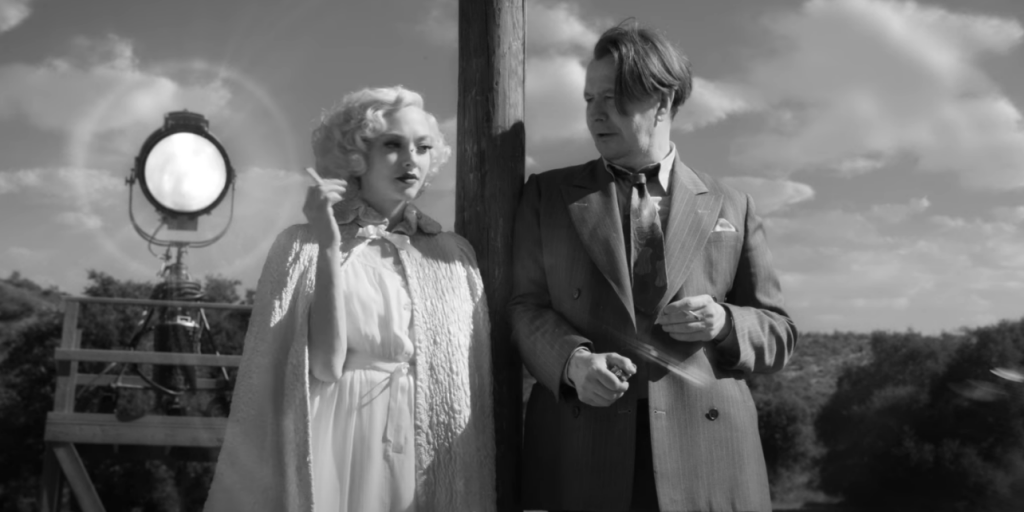 Is based on a script written by David Fincher’s father, Jack Fincher, that he wrote and intended to direct in 1990

1930s Hollywood is re-evaluated through the eyes of scathing wit and alcoholic screenwriter Herman J. Mankiewicz as he races to finish Citizen Kane.

David Fincher’s Mank is nothing short of an exuberant old-timey Hollywood tale told with sheer precision. You see, Fincher has shot and crafted the movie in a way to look like an old-timey Hollywood picture itself (complete with the occasional “cue mark” blip), and the result is really something to behold. Mank’s visual beauty is further enhanced by the dreamy musical score that accompanies it (is that really from Trent Reznor?). But, the film perhaps benefits most from its super sharp writing – the dialogue is especially a snappy delight. Then there’s the performances – and boy do they hit their mark. Gary Oldman is a sure thing for award recognition, as his hard living/boozy but brainy portrayal of the titular writer is always pitch perfect. Amanda Seyfried also serves up a surprisingly stellar turn as a golden age actress with conflicting allegiances. And as you might imagine, the story is incredibly layered, with plenty of flashbacks to fill in all the period politics and movie studio power players. It can admittedly be a little too much at times (at least it was for me) but by the end, it comes to a satisfactory crescendo. And for those expecting more of what Fincher has produced in the past, well, Fight Club this most certainly is not. It’s something WAY different!  But for those that are into it – it’s a real treat!