MASS – “A conversational and confrontational masterclass in reconciliation” 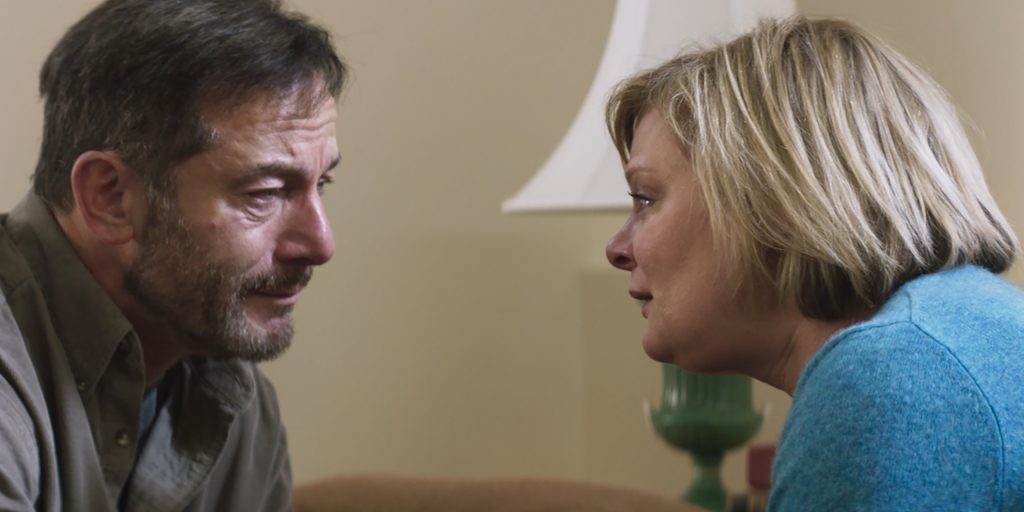 In his directorial debut effort, Fran Kranz has created both a conversational and confrontational masterclass in reconciliation. To be fair, most of the credit goes to the actors involved. You see, 95% of the film is just four people sitting around a table and, well, talking. And while that sounds like it could be incredibly tedious, it surprisingly isn’t (at least not entirely). The meeting between our main foursome is ripe with tension and raw emotion throughout, and the actors have no issues sinking their teeth into the uneasy discomfort of it all. The writing helps of course, as the heartfelt dialogue rings with authenticity. It’s a heavy subject matter that’s for sure, but it’s one that’s explored through all points of view. And at nearly 2 hours of just talking heads, it’s quite the achievement that it not only holds our attention, but completely captivates it. Could it have been a bit more cinematic in its approach? Sure. I mean, there’s only so many closeup / roundtable camera techniques to play with over a near 120-minute period. In fact, the single setting and nature of the script ultimately screams “stage play.” But, no matter, the gut punch emotional result remains just as cutting coming through a screen. So, take a seat, grab some tissues, and prepare for Mass.