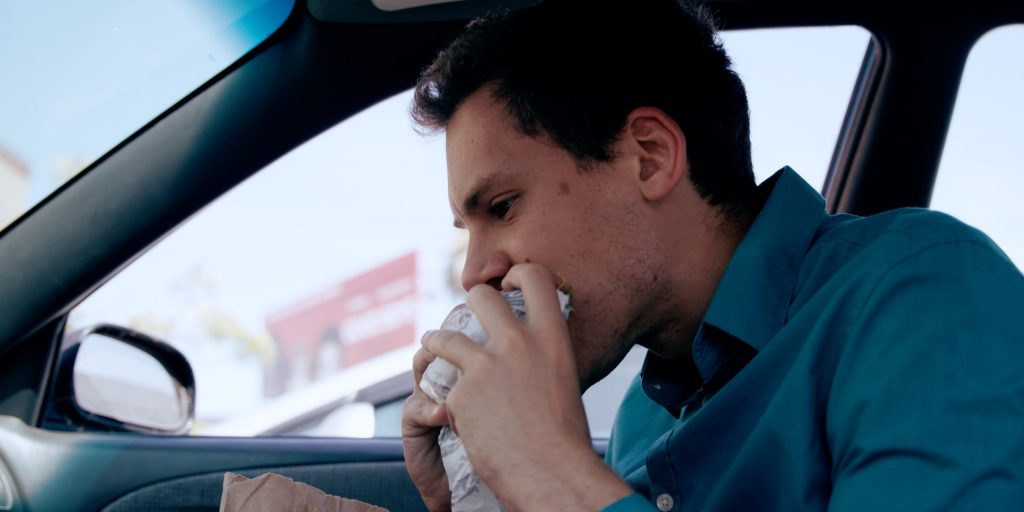 The path to going plant-based has obvious upsides, but can also be isolating and difficult. Shouldn’t there be some middle ground for people looking to make a change without totally upending their lives? Leader of the Reducetarian Movement, Brian Kateman explores this issue through the lens of his own personal decision to reduce eating meat. Grappling with how to sort through conflicting advice, Brian seeks a practical path forward.

Providing insightful food for thought, Brian Kateman and Journey Wade-Hak’s Meat Me Halfway is surprisingly well-balanced and *gasp* not preachy in the least. Yes, when it comes to discussions on meat consumption, things can get rather hostile, often leading to the downright vilifying of opposing views. Not here, however, as Kateman engages the debate in meaningful ways, never letting his personal decisions shut others out. I mean, there are plenty of persuasive arguments to be found in favour of a vegetarian diet (just wait until you see those poor farm animals), but there’s also a real exploration of a “middle ground.” Additionally, our co-director makes a great case for why certain people don’t choose plant-based diets in the first place. Privilege plays a large role in that discussion, but as Kateman’s very own parent’s attest in the film's beginning, some just don’t find eating “green stuff” enjoyable. Of course, the big question is whether or not this will be enough to change our eating habits going forward? Perhaps not, but it will make you (at the very least) question them. So, with a hopeful spirit and propaganda-less presentation, there's no denying Meat Me Halfway as an enjoyable eye opener in the meat-eating debate. I say - dig in!