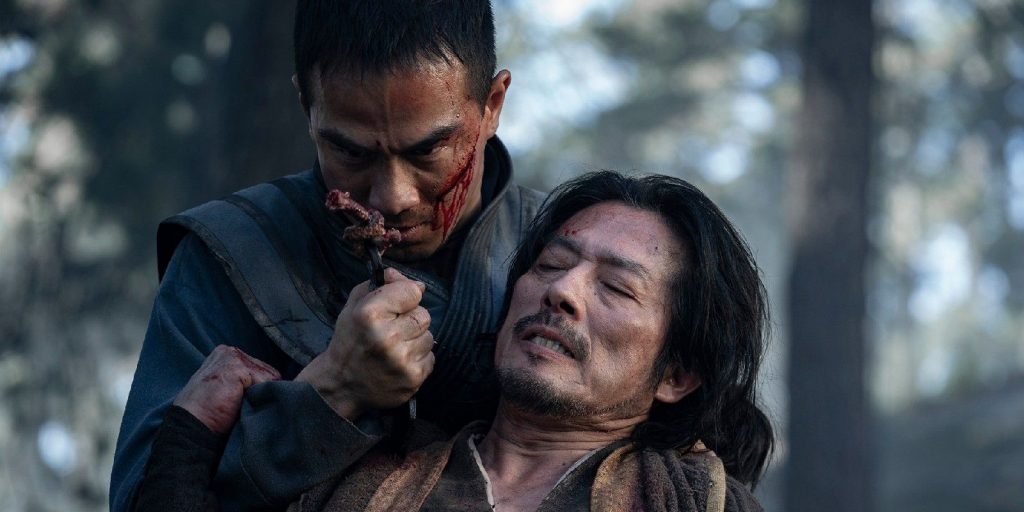 It is based on the video game franchise of the same name, serving as a reboot to the Mortal Kombat film series (1995-97)

Mortal Kombat is a mysterious, intergalactic tournament of ancient martial arts. Shaolin Monk Liu Kang, from Earth, gets invited as a competitor.

Simon McQuoid’s Mortal Kombat reboot amounts to ultra-bloody fan service – and that’s a good thing! Listen, this movie was never going to take home any awards or win over cinema snobs, so why try to make it something it’s not? Instead, the filmmakers smartly doubled down on what makes the long-running video game so darn popular with fans: uber violent fights and over-the-top fatalities! As for the story at hand, well, it’s still as silly and ludicrous as it was 26 years ago. Only this time around, they unfortunately take it a bit too seriously. Say what you will about the 1995 MK film, but that movie had loads of fun with the dumbed-down premise, essentially winking at the audience throughout. This time, however, it’s darker and grittier, with the levity not nearly cranked as high as it should. The roster of characters featured work for the most part, though. But, I can’t help but think some other, more notable, “players” would have made for better additions (Johnny Cage anyone?). Clearly, they are hoping for a sequel. So, here’s the thing, as long as you go into this movie looking for brutal battles and creative combat sequences, then you’re guaranteed a knockout of a good time! If it’s and not so much nuanced storytelling you are after, then it’s pretty much game over in the first 10 minutes.