NINE DAYS – “Perhaps as poignant as it gets on film” 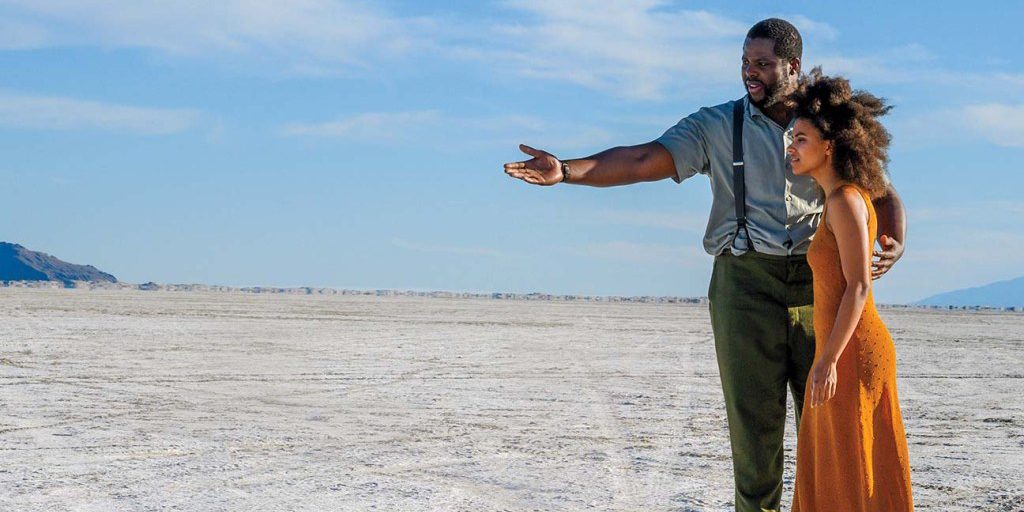 A man interviews five unborn souls to determine which one can be given life on Earth.

Edson Oda’s directorial debut, Nine Days, is perhaps as poignant as it gets on film. Thanks to a uniquely fascinating premise, the film serves as a celebration of life and the instances that make it both beautiful in its simplicity and complex in its ugliness. Yep, there was clearly an enormous amount of tender love and care given to the story elements here. It’s as observant as it is evocative, and as patient as it is urgent. Can the often-heavy-handed narrative get a tad pretentious at times? Admittedly, yes. It’s also safe to say that the movie won’t win over audiences with short attention spans. But, while the delicately laid out plot moves at a tedious pace, it’s the perfectly measured performances that will keep you drawn in. Winston Duke more than earns his keep in the lead, expertly straddling deliberate stoic-ness with unearthed pain. Trust me, there’s a final monologue from the actor that will make your own soul smile. The supporting players also put their talents to good use, each striking the right tone in Oda’s restrained allegory. And, while some comparisons will undoubtably be made to Pixar’s Soul, Nine Days certainly proves that there’s room for more than one life-affirming film about our inner existence!