PIECES OF A WOMAN – “Dispenses palpable heartbreak by the handful” 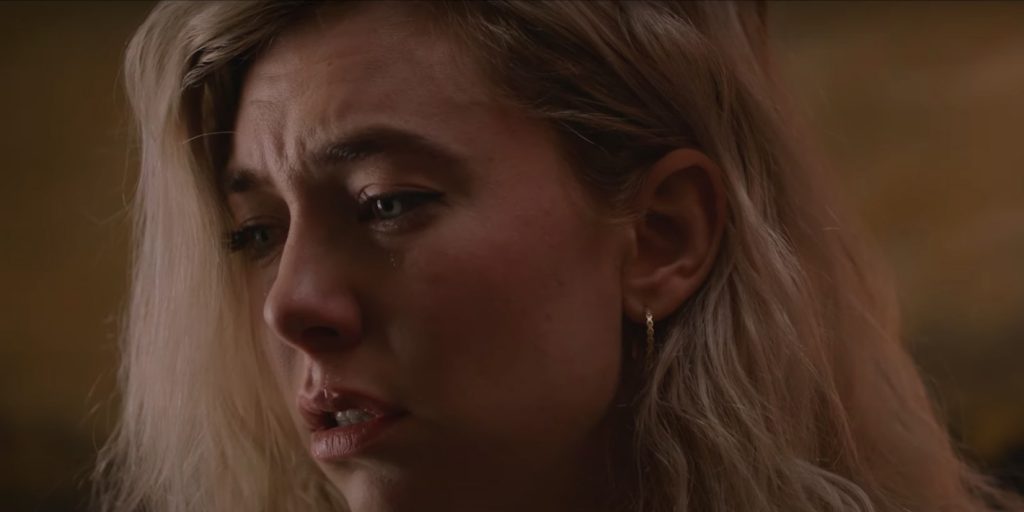 Martha and Sean are a Boston couple on the verge of parenthood whose lives change irrevocably when a home birth ends in unimaginable tragedy. Thus begins a yearlong odyssey for Martha, who must navigate her grief while working through fractious relationships with Sean and her domineering mother.

Kornel Munruczo’s Pieces of a Woman dispenses palpable heartbreak by the handful thanks largely to Vanessa Kirby’s masterclass performance. So, just to be clear, this is definitely not the feel-good movie of the year. What it is, however, is an acting showcase for nearly everyone involved, especially the aforementioned Kirby. In fact, the film’s stunner of an opening (a nearly 30-minute single take home birth) is enough to make you want to hand out acting trophies to the leading actress from your couch. In addition, Ellen Burstyn provides some rather memorable monologues as the overbearing mother, proving she is surely worthy of her legendary status in the industry (can we get her some new roles now please). And despite all the controversy surrounding his personal life (no doubt negatively influencing his awards chances), Shia LaBeouf definitely holds his own with a rather raw performance. That rawness, of course, bleeds into the story, and frankly won’t be for everyone. But behind all the tears and sorrow is one of the best acted films in a long while, one that deserves recognition. Just make sure you have someone on standby to hug when the credits roll!

MrHollywoodMD · Mr. Hollywood's Review of PIECES OF A WOMAN, and SHADOW IN THE CLOUD