PIG – “A swine and dandy tale of bittersweet passions” 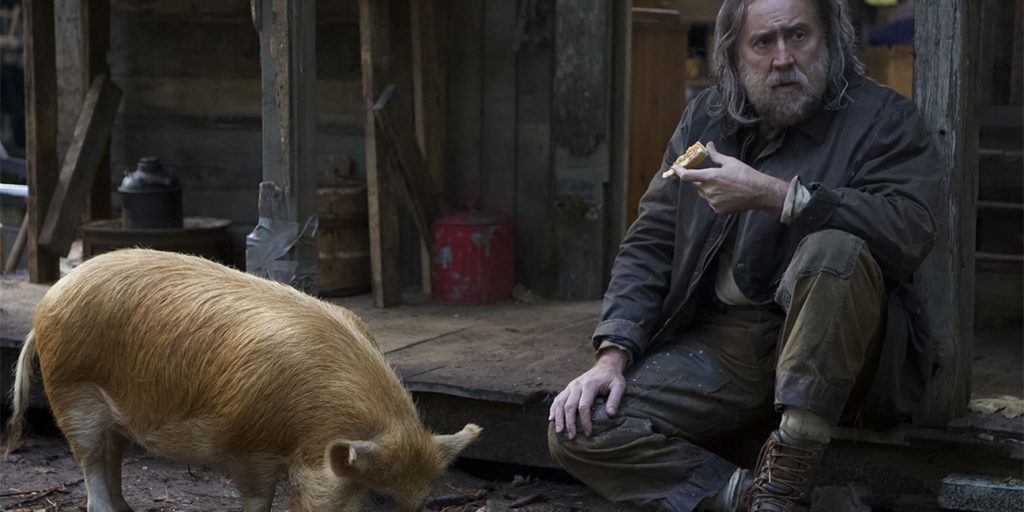 Living alone in the Oregon wilderness, a truffle hunter returns to Portland to find the person who stole his beloved pig.

Hold the phone - Nicholas Cage’s pig movie is actually a swine and dandy tale of bittersweet passions? Yep, believe it! Way more than meets the eye, Pig is littered with phenomenal performances – namely an intensely raw turn from Cage himself. In fact, this is likely the veteran actor’s best performance in years, one that hopefully takes him out of the direct-to-DVD game and back in the A-list big leagues. The story is also far from cut and dry, as it not only gives way to a genuinely touching journey of a man in search of his pig but delivers tantalizing narrative unravellings every step of the way (who knew that truffle hunting was so high stakes?). And, from the ragged backwoods to posh city life, the film serves up a striking look at Portland and all its urban/rural intricacies. It is really nice to see a film set somewhere other than New York for a change. For those looking for action though, well, John Wick this is not. But, in exchange of a revenge-seeking action bonanza, we get an introspective character study with plenty to go hog wild over! Warning: squealing is a high probability!