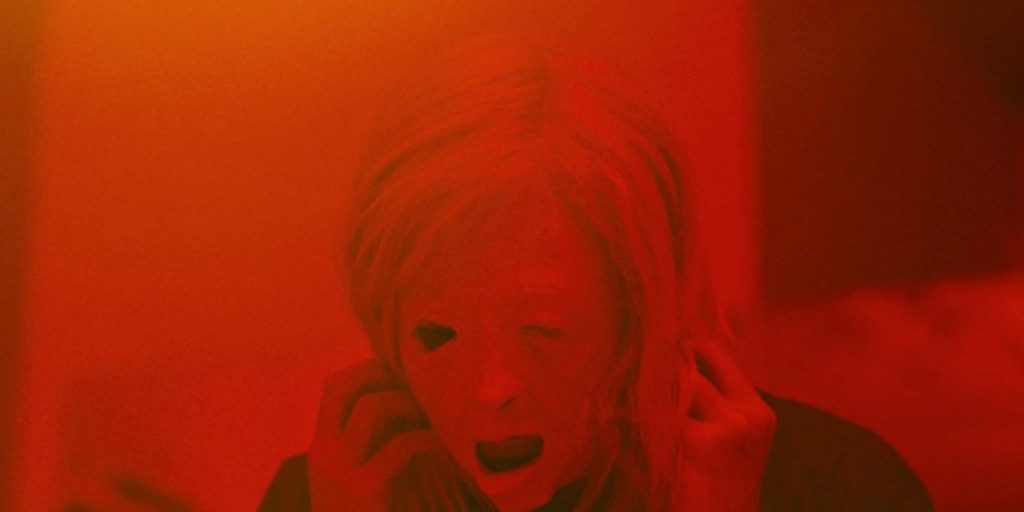 Tasya Vos is a corporate agent who uses brain-implant technology to inhabit other people’s bodies, driving them to do assassinations for the benefit of the company. While she has a special gift for the work, her experiences on these jobs have caused a dramatic change in her. As her mental strain intensifies, she begins to lose control, and soon she finds herself trapped in the mind of a man whose identity threatens to obliterate her own.

One hell of a daringly bold sci-fi horror flick, Possessor is expertly crafted by director Brandon Cronenberg. This is that rare gem of a movie that mixes incredibly visceral imagery with an equally captivating story. That is to say, it’s definitely NOT style over substance. The movie also benefits from an enjoyable futuristic sleekness, one that feels contained and stripped down, even though the movie’s concepts are quite large (Cronenberg did a great job of this in his debut effort Antiviral as well). There’s also something rather disturbingly beautiful about the “body horror” on display (a Cronenberg family trademark apparently), as it will surely put you in awe, while also making you uncomfortable in your own skin. On the performances front, Christopher Abbott deserves major praise here, as he is essentially playing a character who has another character controlling his body and mind – no easy feat! Unfortunately, I wasn’t as sold on some of the other portrayals, making for a bit of a mixed bag in the acting department. Regardless, the outcome remains a provocative cerebral meltdown that you need to experience for yourself!

MrHollywoodMD · Mr. Hollywood's Review of POSSESSOR, and THE GLORIAS