THE PROTEGE – “Another in a long line of average action offerings” 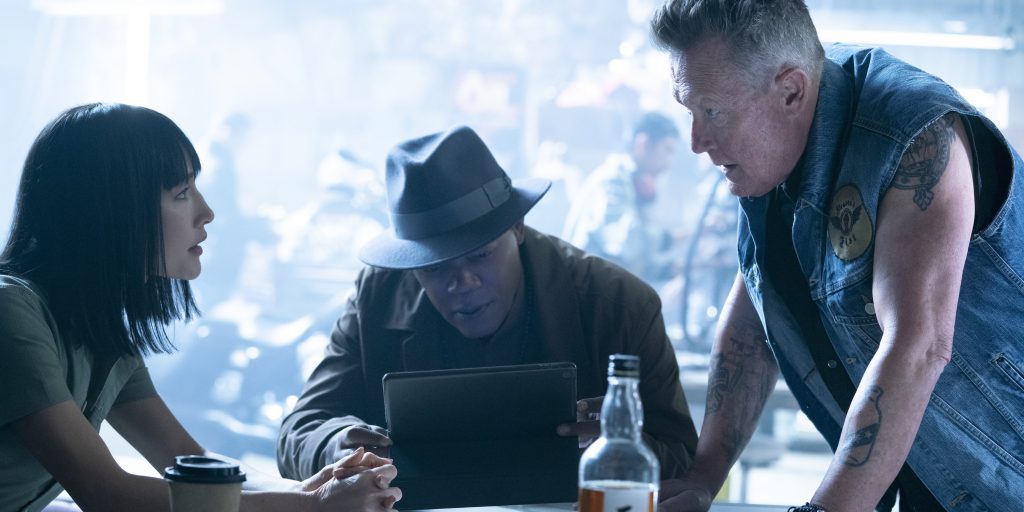 Rescued as a child by the legendary assassin Moody, Anna is the world's most skilled contract killer. However, when Moody is brutally killed, she vows revenge for the man who taught her everything she knows. As Anna becomes entangled with an enigmatic killer, their confrontation turns deadly, and the loose ends of a life spent killing weave themselves ever tighter.

Martin Campbell’s The Protégé is another in a long line of average action offerings. Admittedly, it does have its moments of rousing shoot ‘em up set pieces. And, mixed within the not-so-subtle plot points are a few solid surprises. However, it’s not nearly enough to make it any less forgettable when all is said and done. Yep, the “revenge seeking” narrative is as stale as a 2-week-old bagel at this point, thanks mostly to the been there/done that assassin story at hand. Heck - not even the overly gratuitous violence leaves much of an impression. The actors do their darndest to make it work, however (ok, maybe Samuel L. Jackson phoned it in), but the chemistry just isn’t there. I never once bought the supposed sexual tension between Michael Keaton and Maggie Q. Speaking of the latter; Q does deserve praise for her impressive physicality and stone-cold approach to the role. Clearly, she is ripe for the action genre. It’s just too bad the script did her dirty. As for Keaton, it’s impossible for the actor to give a bad performance, and this is surely no exception. But, with little to sink his teeth into, it’s certainly no career highlight. So, with mildly interesting characters and a cliché-riddled script, The Protégé is nothing more than a mediocre distraction – one you’ll be hard-pressed to remember a day or so after watching.