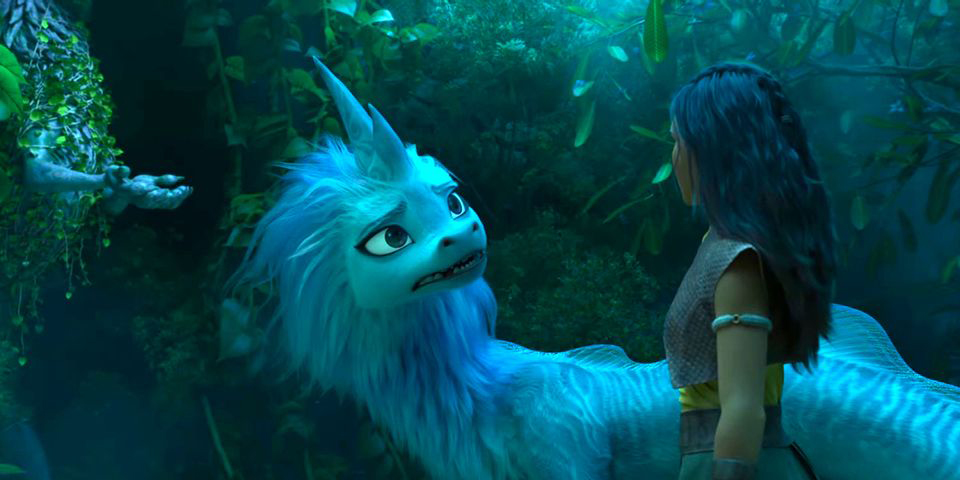 Long ago, in the world of Kumandra, humans and dragons lived together in harmony. But when sinister monsters known as the Druun threatened the land, the dragons sacrificed themselves to save humanity. Now, 500 years later, those same monsters have returned and it's up to a lone warrior, Raya, and her pet pill bug companion Tuk Tuk, to track down the last dragon in order to finally stop the Druun for good.

With a plethora of mystical action and adventure to go around, Raya and the Last Dragon becomes yet another gem in the Disney animated catalogue. That animation, by the way, is absolutely gorgeous, with vibrant colours and sweeping cinematography making for some awe-inspiring visuals. The story itself is also quite effective, even if it’s a bit overly muddled (there is A LOT of information thrown at us in the opening “history lesson”). Regardless, the characters inhabiting this wondrous world are all enjoyable, with Raya poised to be another contemporary Disney favourite - right up there with Mulan and Moana. The voice cast deserves plenty of credit also, as everyone from Kelly Marie Tran to Benedict Wong deliver some top-notch vocal performances. Awkwafina particularly stood out for me, as her voice and delivery are not only hilarious most of the time, but incredibly unique (nobody, and I mean nobody, sounds like she does in Hollywood today). And, of course, there’s something to be said for the diversity and representation on display, not to mention the expected themes around friendship and trust. So yes, it’s probably best that you put Raya and the Last Dragon first on your family viewing watch list!

MrHollywoodMD · Mr. Hollywood's Review of RAYA AND THE LAST DRAGON, and THE MAURITANIA