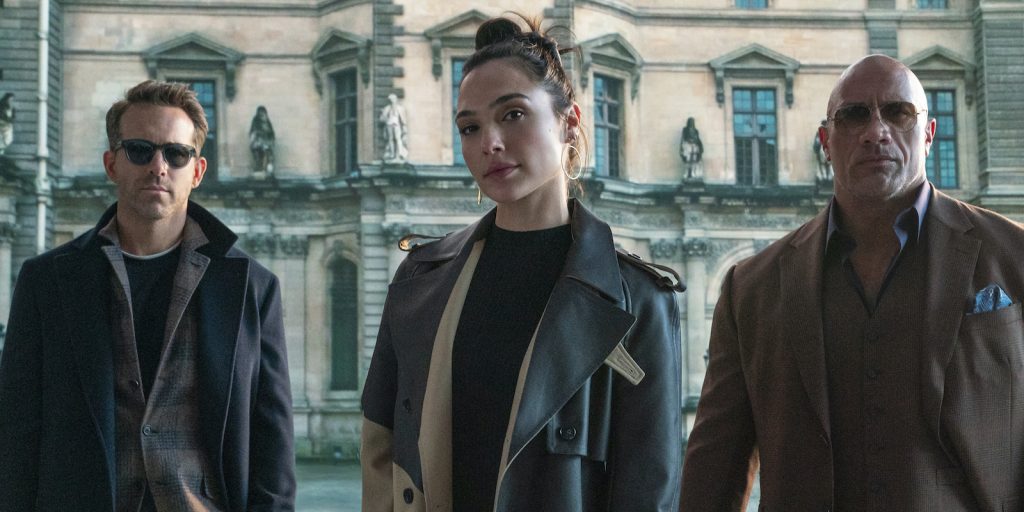 In the world of international crime, an Interpol agent attempts to hunt down and capture the world's most wanted art thief.

The epitome of big dumb fun, Rawson Marshall Thurber’s Red Notice is entirely enjoyable, albeit slightly disappointing. I mean, with a stacked A-list cast including Dwayne “The Rock” Johnson, Ryan Reynolds, and Gal Gadot, you would expect an A-list movie experience. Unfortunately, that’s not nearly what we get, as the story is derivative, the comedy goofy, the action standard, and performances kitschy. But, again, it’s still very much entertaining. Just expect it to be on the level of something along the lines of The Hitman’s Bodyguard, and not so much Tenet. As for plot, it’s sadly another “been there, done that” heist tale with a couple of lazy (not to mention nonsensical) twists thrown in. Where the movie does shine, though, is with the cast chemistry. The Rock and Reynold’s make for a great odd couple pairing, while Gadot’s addition to the mix only elevates the fun. Reynolds especially goes all in with his trademark smart-alecky wit here (he’s king of snarky charm at this point). The most shocking aspect of the movie might just be its price tag - a reported $200 million (Netflix’s highest film budget to date). Where did all the money go? Cast salaries? Over the top action effects? Probably. It is just too bad extra cash doesn’t always equal a better script.