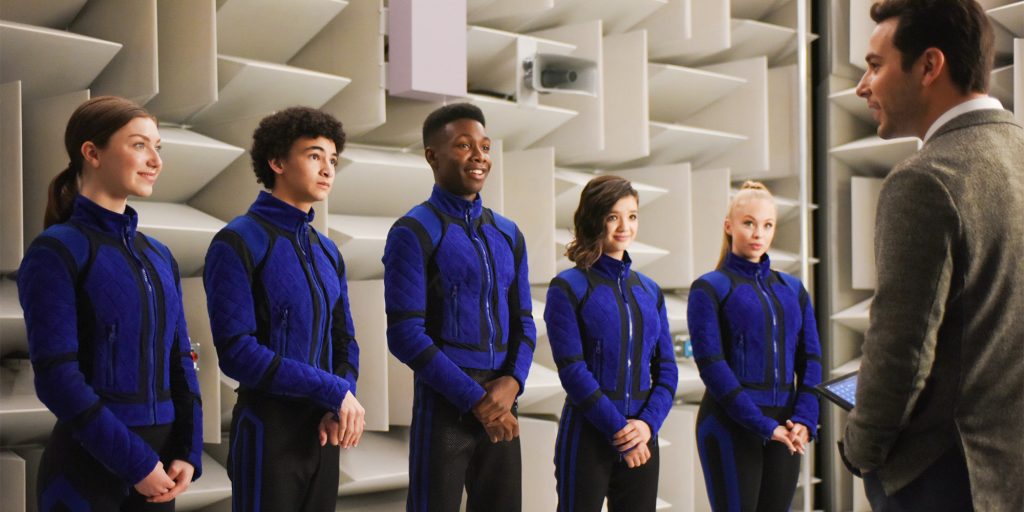 Sam is a rebellious princess second in line to the throne of the kingdom of Illyria. But just as Sam’s lack of interest in the royal way of life is at an all-time high, she is stunned to learn that she has superpowers and belongs to a secret society with a longstanding tradition of covertly keeping the peace throughout the kingdom.

When it comes to Disney’s Secret Society of Second-Born Royals, impressionable pre-teens will enjoy it – but that’s about it. You see, this is very much pre-teen “X-Men lite,” with a bubble-gum wholesomeness that can either be refreshing or annoying, depending on your tastes. The main problem is that this story is packed to the brim with clichés galore, and is outright predictable from the get-go, providing absolutely nothing new to the genre (it’s ALL been done before folks, and a heck of a lot better). The effects are also pretty cheesy here, as are the “action sequences.” Plus, character traits and dialogue are as cornball as it gets. However, there is admittedly a certain charm to the proceedings, and I can definitely see a certain type of young crowd latch onto that. The characters are likeable enough I guess, and it is a harmlessly sweet outing after all. So, while I won’t say it’s as big a disaster as Disney’s other YA film this year, Artemis Fowel, this Secret Society just isn’t as slick as you expect it to be. But who knows, maybe they can polish up for their inevitable next mission. One can hope anyways!