SMILE – “Will give horror fans plenty to grin about” 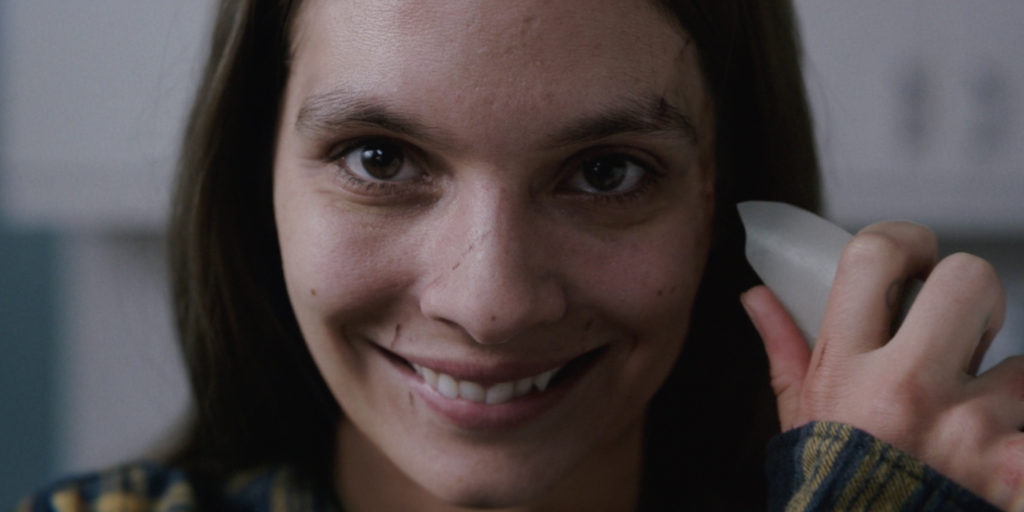 After witnessing a bizarre, traumatic incident involving a patient, Dr. Rose Cotter starts experiencing frightening occurrences that she can't explain. As an overwhelming terror begins taking over her life, Rose must confront her troubling past in order to survive and escape her horrifying new reality.

Way more than meets the eye, Parker Finn’s Smile will give horror fans plenty to grin about. Yep, despite the title and hokey advertising campaign, this is not some “gimmicky” little slasher, but rather a deeply haunting exploration of trauma and all that surrounds it. I honestly wasn’t expecting as much depth to the story, nor was I expecting the tour-de-force performance of Sosie Bacon. Going through the literal gauntlet of emotions, Bacon is believable in every which way, giving the best scream queens a true run for their money. Now, is there an abundance of jump scares and contrived creepy images? You bet ya! But, it’s certainly not overkill, nor does it diminish the thoughtful themes at play. The horror aspect is also not lacking, as the scares cut pretty deep at times. It goes back to not only the unnerving visuals, but the desperate helplessness of it all. Add in some clever camera techniques and a killer opening sequence, and you’ve got yet another stellar horror offering in a year already full of them!