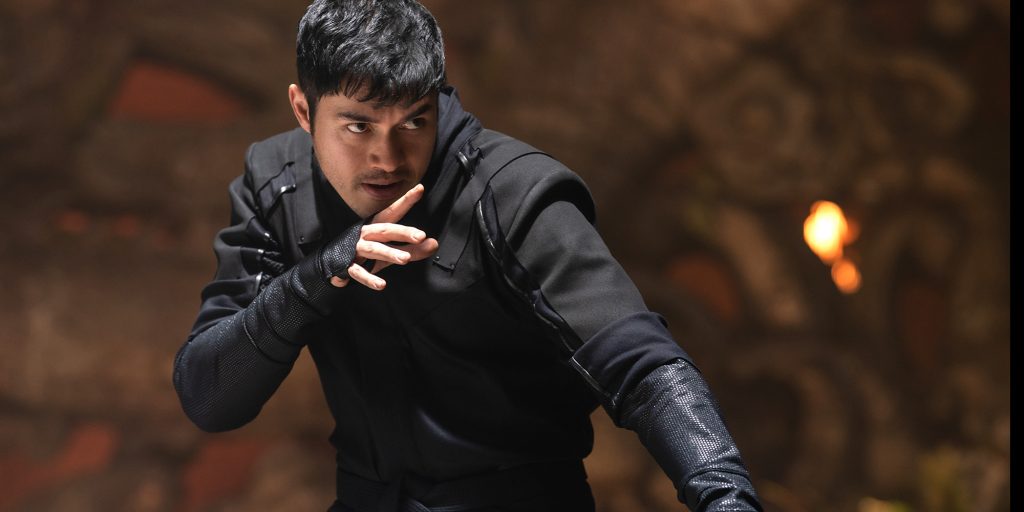 Is based on Hasbro's G.I. Joe toy, comic, and media franchise

A mysterious lone fighter, known only as "Snake Eyes", is welcomed into and trained by an ancient Japanese ninja clan called the Arashikage, but finds his loyalties being tested when secrets from his past are revealed, as he eventually goes on the path to become the famous G.I. Joe hero.

More lacklustre than blockbuster, the slick production can’t overcome the uninspired origin story in Robert Schwentke’s Snake Eyes. Yes, this is one clunky actioner with clichés by the fistful. Not helping matters are the annoying shaky-cam filming techniques used in the action sequences. Seriously, the fast-moving choreographed combat deserved a much better on-screen showcase than the choppy hard to follow one we get. The story at hand isn’t an improvement I’m afraid, as generic plot elements are mixed with a never-ending series of predictable turn of events. And, for an action movie, well, it can actually get pretty boring at points. Luckily, our lead in the titular role, Henry Golding, is as likeable as ever. The easy on the eyes actor is effortless in his appeal, adding some much needed fun to equation. I mean, is he the true embodiment of this infamous character as it relates to the source material? No, not at all. But, he definitely makes the film better for being in it. I wish I could say the same for the others in the cast, though. The look of the film, on the other hand, is definitely something to applaud. There’s a certain sleek glossiness to it that lends itself nicely to the material presented. If only there was a better tale being told in the foreground!