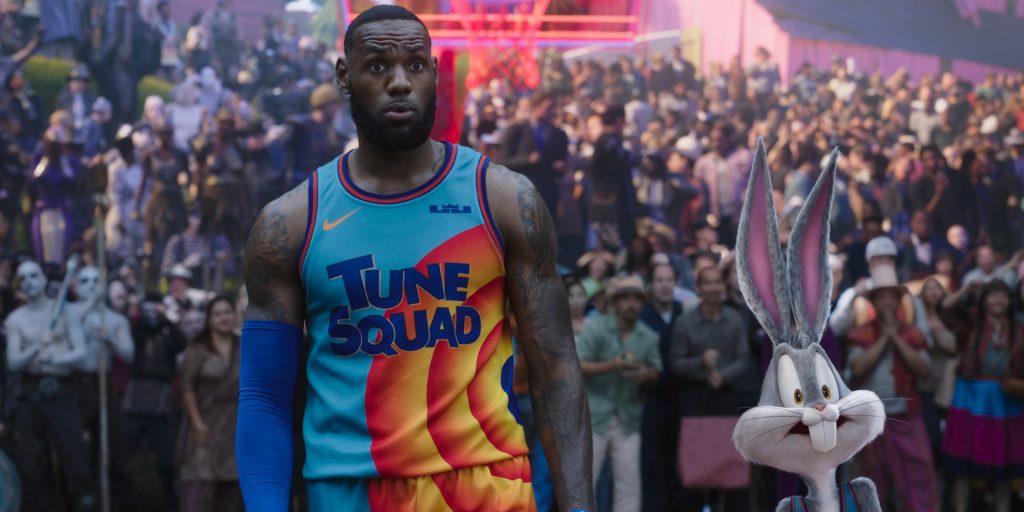 Superstar LeBron James and his young son, Dom, get trapped in digital space by a rogue AI. To get home safely, LeBron teams up with Bugs Bunny, Daffy Duck and the rest of the Looney Tunes gang for a high-stakes basketball game against the AI's digitized champions of the court -- a powered-up roster called the Goon Squad.

Part zany adventure, part Warner Bros ad campaign, Space Jam: A New Legacy is a mixed bag of Acme-sized amusement. I mean, it’s not like this was going to be Citizen Kane folks (and trust me, it’s not). But, just like the Michael Jordan-starring first film, there is a lot of fun to be had. For one, LeBron James is definitely up or the task, fully embracing the silliness of it all and being effortlessly likeable in the process. Yep, the star athlete’s charm is turned up quite high here, much like it was in 2015’s Trainwreck. The film’s downfall comes courtesy of its constant corporate shilling. Did they really need to shoehorn every single Warner Bros. IP in here? Apparently, yes. From Mad Max to Austin Powers to Casablanca, expect a plethora of random appearances (heck, even Pennywise, the evil clown from IT pops up). As you might imagine, it’s all a little too much. Not helping matters are the series of uninspired gags. I highly doubt kids will mind, however, as the visual tornado of vibrant colours and characters are sure to entertain – or at the very least, distract. And I think I speak for many parents when I say, sometimes that's good enough!