SPIDER-MAN: NO WAY HOME – “A web-infused ride of action, adventure, and crowd-pleasing surprises” 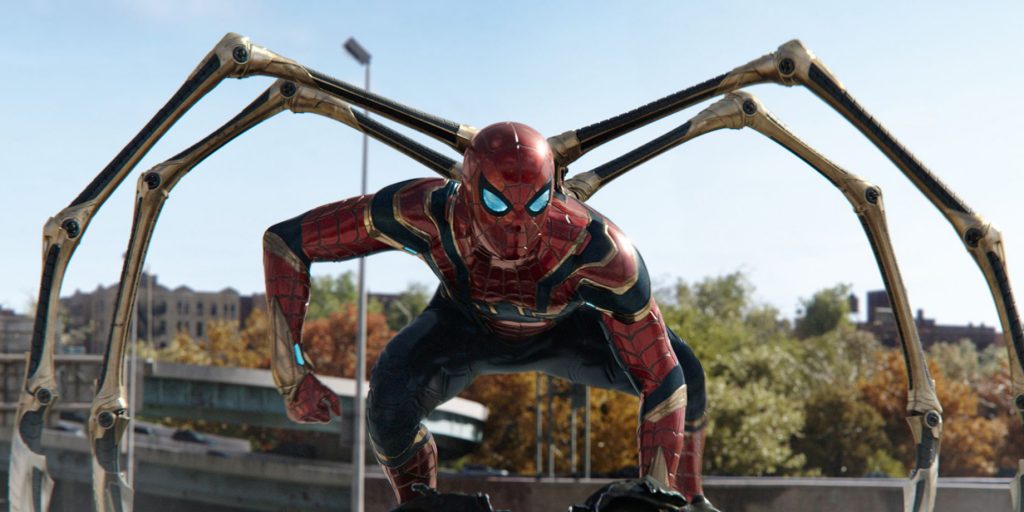 After Peter Parker's identity as Spider-Man was exposed by Mysterio at the end of Spider-Man: Far From Home (2019), his life and reputation are turned upside down. Parker asks Dr. Stephen Strange to help restore his secret identity with magic, but this breaks open the multiverse, allowing supervillains from alternate realities who previously fought other versions of Spider-Man to arrive.

Spider-Man No Way Home = Amazing Spider-Fan-Service! Yep, the hotly anticipated threequel that crashed websites worldwide with advance ticket sales and broke the internet with casting rumours, does the impossible – pleases everybody. Ok, ok, so some people will find something to complain about, but there was none of that in my cinema screening (it’s always a good sign when spontaneous applause breaks out). For those unfamiliar with the story at this point in the Marvel Cinematic Universe, the “multiverse” is now a thing. This movie is quite unique in that it incorporates previous Spider-films with plenty of throwbacks and appearances (no spoilers, of course). Do you need to have seen all those prior films? Not gonna lie, it would help. It’s certainly ambitious in its scope, but it works. What we get is a true love letter to the Spider-Man mythos. For his part, Tom Holland effortlessly shines in the role of Spidey, once more capturing the essence of the character from the comics. He’s a formidable hero, yes, but he’s still just a kid. It’s his humour and heart that make the overwhelming fanaticism go down so easy. Of course, Holland’s not alone in that (again, no spoilers). It’s also safe to say things get fairly emotional this time around. Yep, there’s a pretty good chance you’ll cry during a Spider-Man movie folks. So, strap in and prepare for a web-infused ride of action, adventure, and crowd-pleasing surprises!