STRANGE WORLD – “Gets big ups for its progressive depictions and vibrant visuals, not so much its middling plot” 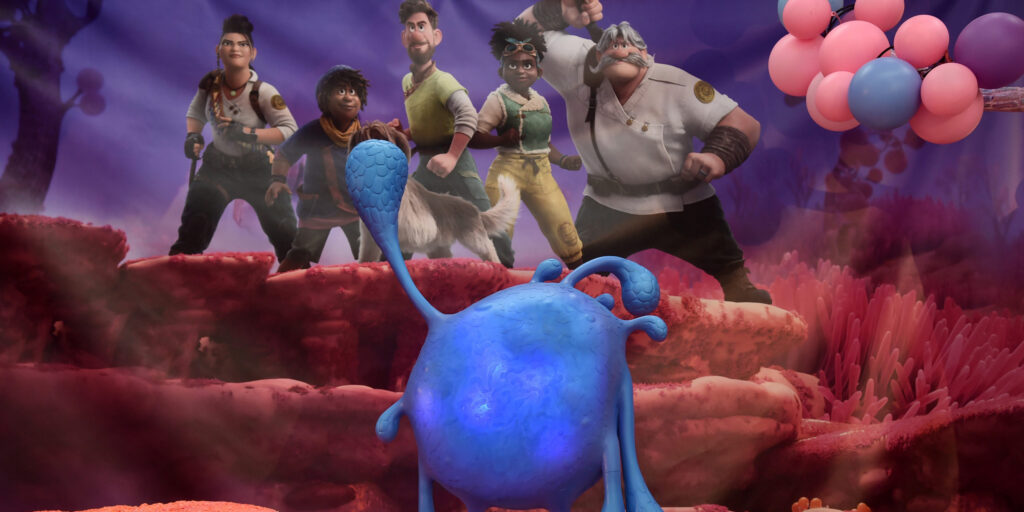 The Clades are a legendary family of explorers whose differences threaten to topple their latest and most crucial mission into uncharted and treacherous territory.

Strange World gets big ups for its progressive depictions and vibrant visuals,  not so much its middling plot. And frankly, for a movie called Strange World, it could have been a lot stranger. Ok, so there are blob-like beings and “acid rivers” and whatnot, but this isn’t some mind-blowing world of extreme weirdness or anything. But I digress, as it’s sure to be a fun watch for all the kiddies out there, this thanks to plenty of likeable characters and exciting sequences. In short, it’s a decent Disney diversion - no more, no less. But while the tired “resource preserving” plot is rather highfalutin and silly, it’s the voice cast who elevate the experience tenfold. Dennis Quaid is all kinds of cooky fun here, while Jake Gyllenhaal gives his character a wonderfully affable read (he should definitely do more voice work). The big takeaway however, and likely what everyone and their mom will be talking about, is the inclusion of Disney’s first “out” gay teen character, Ethan. Here, Ethan’s sexuality isn’t some major plot point or anything to really focus on, but rather just something that happens to be the case – the way it should be. It’s actually refreshing in its mundaneness. So, while Strange World is definitely a step forward for diversity onscreen, it’s not breaking any ground in the story department. In fact, it’s strangely forgettable.