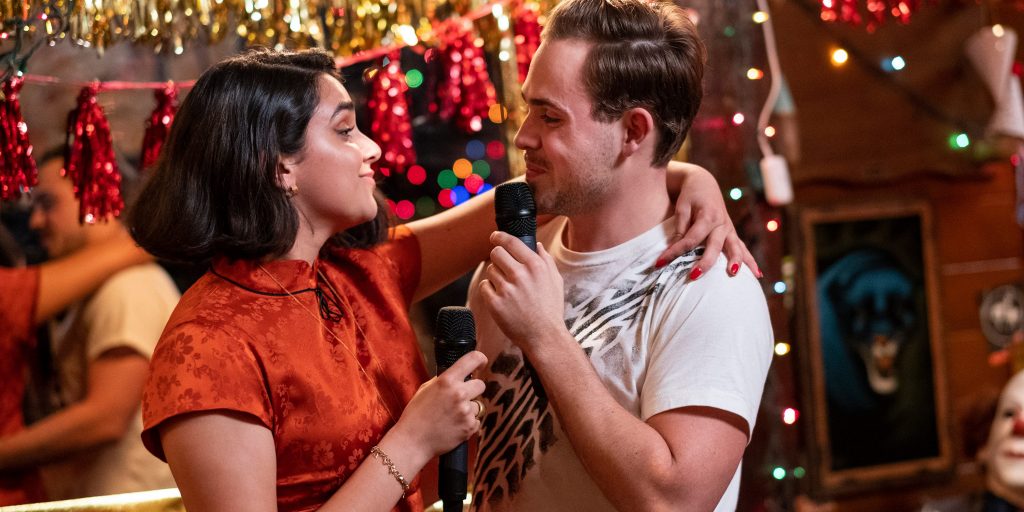 Follows Lucy, a 20-something art gallery assistant living in New York City, who also happens to be an emotional hoarder. After she gets dumped by her latest boyfriend, Lucy is inspired to create The Broken Heart Gallery, a pop-up space for the items love has left behind. Word of the gallery spreads, encouraging a movement and a fresh start for all the romantics out there, including Lucy herself.

The Broken Hearts Gallery serves as both a familiar and fresh take on the rom-com genre. That is to say that the movie hits all the usual story beats you expect, but it’s chock full of unique characters. And even though they are perhaps a little too “hipster-y” at times, it remains refreshing to see these progressive portrayals on screen. The movie’s charming Bronx backdrop also serves as a wonderful “bonus character,” as its crowded quaintness creates a distinct whimsy that serves the story well. That story is also pretty original, until it’s not, that is. The idea of having an art installation with “souvenirs” from past relationships is pretty great to be honest, but the second half of the film falls heavily into Rom-Com clichés, never deviating from the path to its predictable finish (there’s also a certain “revelation” that can be seen miles away). But, regardless of the usual genre fare, the end result remains feel good comfort food.  And heck, isn’t that the point of a romantic comedy?

MrHollywoodMD · Mr. Hollywood's Review of AFTER WE COLLIDED, and THE BROKEN HEARTS GALLERY