THE DRY – “A solid dose of simmering suspense and tension” 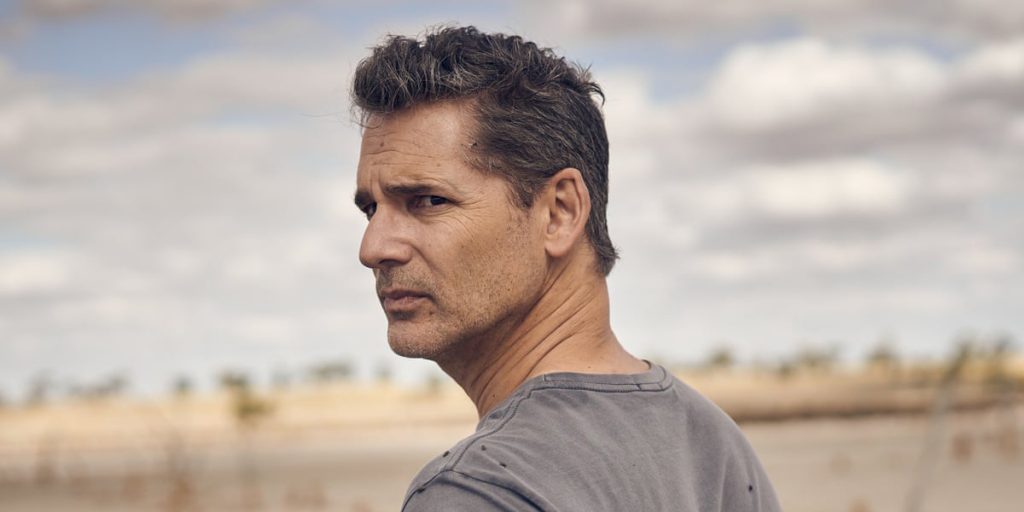 Aaron Falk goes back home to his drought-stricken town to attend a tragic funeral. However, his return reopens the door to the unsolved death of a teenage girl.

Robert Connolly’s dramatic Aussie thriller, The Dry, is a solid dose of simmering suspense and tension. And, lucky for us, the film doesn’t just deliver one captivating mystery, but two. Yep, the smattering of provocative flashbacks go a long way in adding intrigue to the “present-day” situation at hand, making for one tragically tangled web! Admittedly, however, things move along at a somewhat frustratingly subdued pace, noticeably dragging its feet around the mid-way mark. Fortunately, the slow-burning plot is aided by a stellar turn from our lead, Eric Bana. Able to command the screen with just a single look, Bana is the understated key to the movie’s emotional connection. Let’s just say the established actor has no issues pulling us into the crux of it all. There’s also something to be said for the film’s distinctive setting, as the dusty, drought-stricken Australian landscape adds immensely to the narrative starkness on display. So, if you’re looking to sink your teeth into an atmospheric on-screen mystery, rest assured that The Dry is worth the trip down under!

MrHollywoodMD · Mr. Hollywood's Review of ARMY OF THE DEAD, and THE DRY