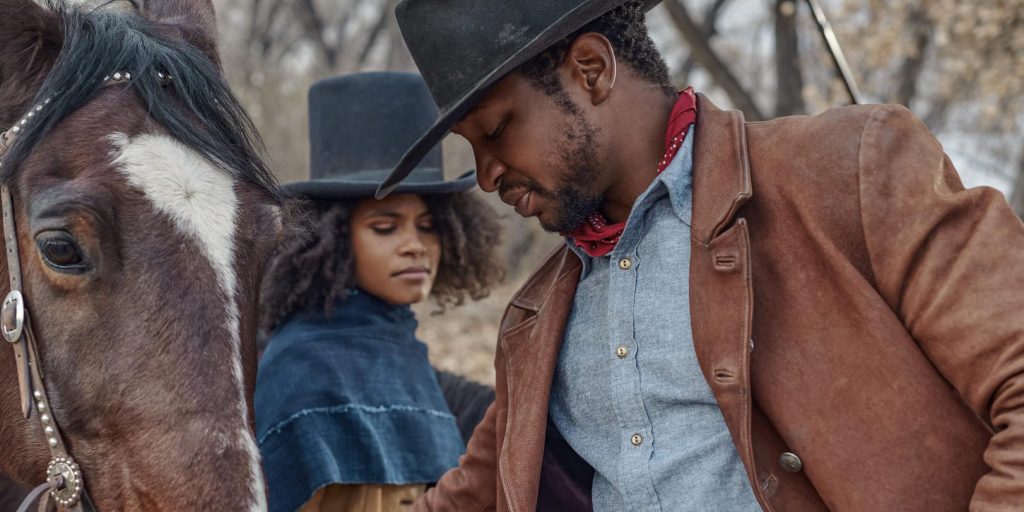 When an outlaw discovers his enemy is being released from prison, he reunites his gang to seek revenge.

Blistering with style, Jeymes Samuel’s The Harder They Fall is a sizzling Western actioner with flare to spare! Yep, the “wow factor” is cranked particularly high here, thanks to a near non-stop cycle of action, intrigue, and character comeuppance. It’s loud, operatic, and violent. It’s also a little too much. You see, with every scene shooting for the moon with over-the-top style, we miss out on some of the quieter moments. You know, the ones necessary for rumination and reflection on character motivations. It’s those characters that shine brightest though, with everyone from Idris Elba’s monstrously intimidating Rufus Buck to Delroy Lindo’s aged but lethal Bass Reeves, making for pure viewing pleasure. For my money, however, it’s Jonathan Majors and Regina King who make up the cast VIPs. Major’s central arc leads to a wholly emotional climax, one that he nails ten-fold, while King is smoother than butter in her respective role (but of course she is). There is also something to be said for the film’s contribution to the genre. By telling stories of black cowboys that history has neglected to, we get to revel in a whole new Western experience. So, saddle up and prepare for one damn entertaining ride into the wild, wild west!