THE INVISIBLE MAN – “A chilling achievement for everyone involved” 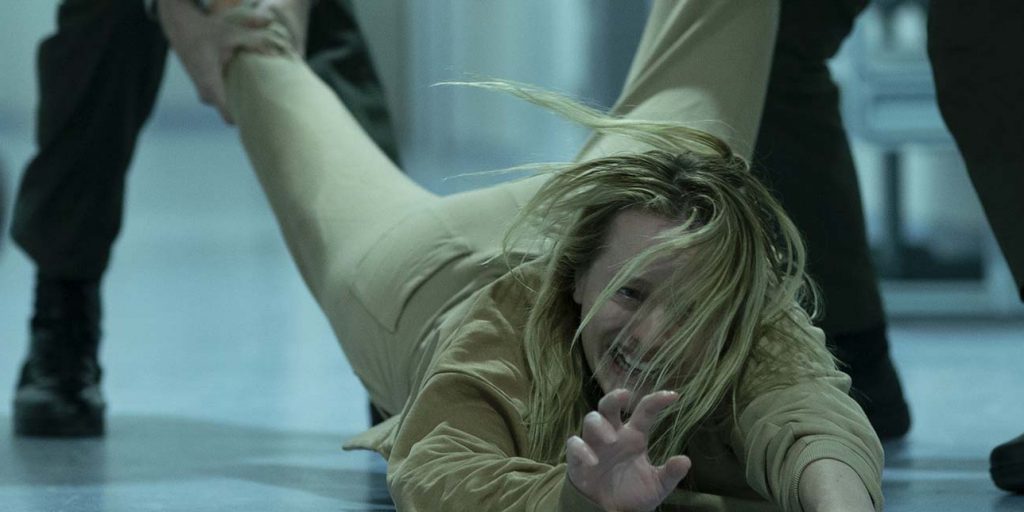 Is a contemporary adaptation of the novel of the same name by H. G. Wells, and is a reboot of The Invisible Man film series

Trapped in a violent, controlling relationship with a wealthy and brilliant scientist, Cecilia Kass escapes in the dead of night and disappears into hiding. But when Cecilia's abusive ex commits suicide and leaves her a generous portion of his vast fortune, Cecilia suspects his death was a hoax.

Reboot worriers can breath a sigh of relief, as Leigh Whannel’s update of The Invisible Man is a chilling achievement for everyone involved. That is to say that the script is smart, production design sleek, performances powerful, and scares frightening as all hell. This is a movie that rarely misses a beat thanks to Whannell’s expert direction, as it all comes together in surprising and satisfying fashion. You’ll also notice the story has been updated some, with a modern technological twist taking it in the realm of plausibility (ok maybe not so much, but much more so than previous “invisible film outings”). Horror fans will also be happy to hear that there are more than a few genuinely chilling scenes, with suspense and tension actually brimming over throughout. Elizabeth Moss deserves a lot of the credit here though, as she no doubt does the majority of the heavy lifting in the acting department. It’s safe to say that a lot of the audience emotional connections and believability rests on her shoulders, and, well - she nails it. Her talent, and everyone else’s here, is more than visible for all to see!