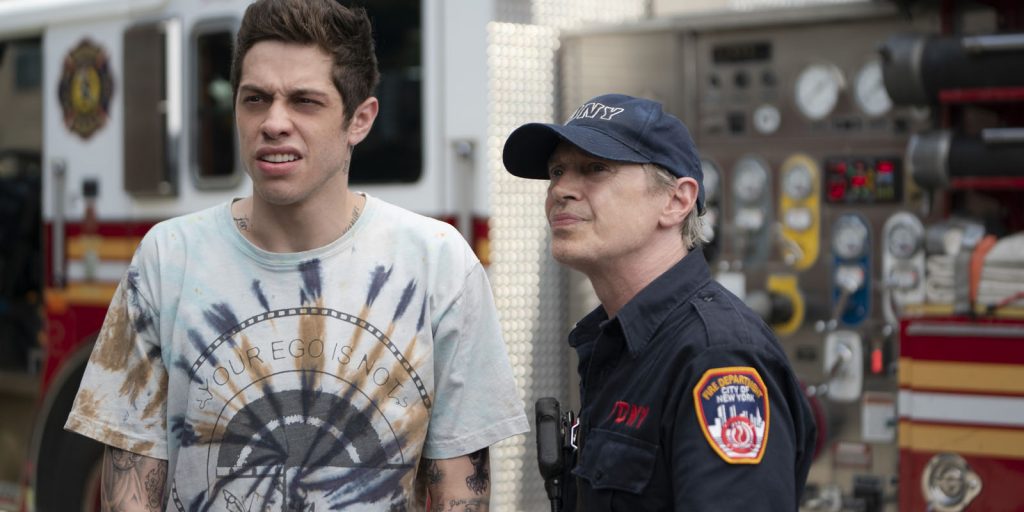 Scott has been a case of arrested development ever since his firefighter father died when he was seven. As his younger sister heads off to college, Scott, now in his mid-20s, spends his days smoking marijuana and hanging out with his friends. When his mother starts dating Ray, a loudmouth firefighter, it sets off a chain of events that forces Scott to grapple with his grief and start to move forward in life.

Pete Davidson shines as Pete Davidson in The King of Staten Island. And that’s a good thing, seeing as how the story is semi-autobiographical, and for the most part, hinges on the comedian's appeal. And so, to his credit, Davidson is quite endearing here, while also providing the necessary honest and raw emotions needed for the subject matter. Helping things a lot however, are the supporting players, all of whom are on their A-game (Ben Powley is especially one to keep an eye on). The film has a major length problem though. There is no way things should have been plodded along for nearly two and a half hours. I mean, did the editing machine breakdown? What director Judd Apatow does do right, is give us a genuine mix of comedy and drama throughout (things lean more on the drama side for those wondering). So, while it might not get the crown for “Comedy of the Year,” Davidson and co still deserve a royal reception for their efforts.