THE LITTLE THINGS – “A more than effective neo-noir thriller” 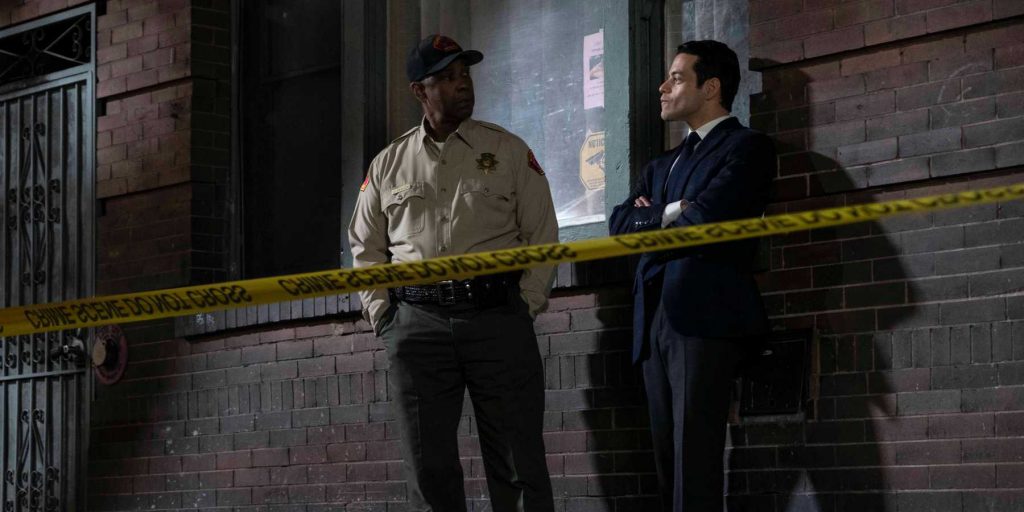 Deputy Sheriff Joe "Deke" Deacon joins forces with Sgt. Jim Baxter to search for a serial killer who's terrorizing Los Angeles. As they track the culprit, Baxter is unaware that the investigation is dredging up echoes of Deke's past, uncovering disturbing secrets that could threaten more than his case.

A more than effective neo-noir thriller, John Lee Hancock’s The Little Things is the best detective film to come our way in a long time! Boasting a delightfully moody 90’s backdrop, this is one provocative mystery you can truly sink your teeth into. And sure, while that central mystery is a little less intricate than you might expect, there are still plenty of character driven revelations and haunting backstories to wrap your brain around. Admittedly though, the film’s third act is a bit on the bumpy side, leaving us with more than a few questionable plot holes to ponder over. Luckily, the A-list cast of characters make up for those narrative shortcomings. Denzel Washington and Rami Malek might seem like an odd pairing, but the duo’s differing styles actually complement each other quite well here, with perhaps Malek benefiting the most from Washington’s infectious energy. It’s also safe to say Jared Leto will haunt your nightmares with his own creep-tastic portrayal (at least he did mine). The oftentimes over-the-top chameleon smartly goes the subtle route with his “villain” role, no doubt working in the movie’s favour. So, whether it’s from the batch of celebrated actors making great onscreen choices, or the smouldering crime story at hand, The Little Things is likely going to leave a big impression.

MrHollywoodMD · Mr. Hollywood's Review of THE LITTLE THINGS, PALMER, and THE DIG