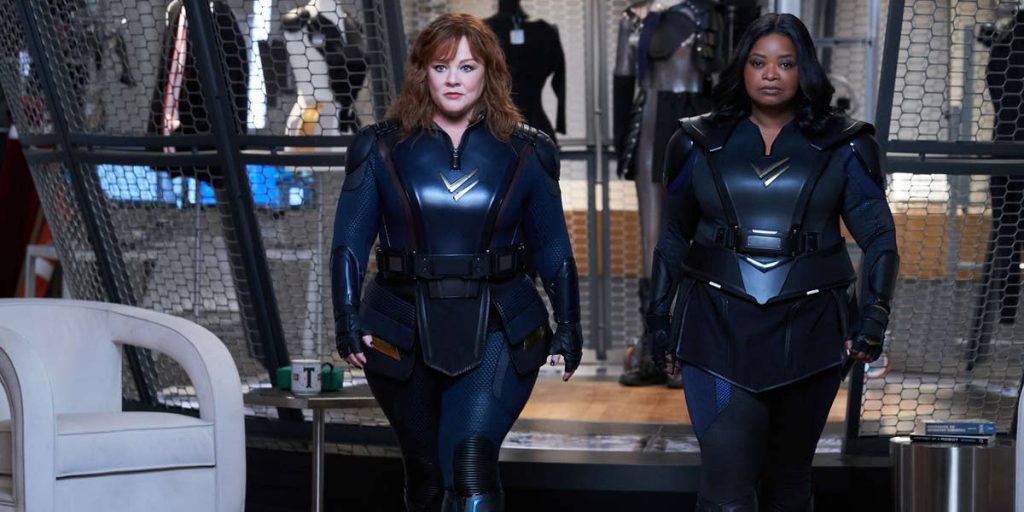 In a world terrorized by supervillains, one woman has developed the process to give superpowers to regular people. But when scientist Emily Stanton accidentally imbues her estranged best-friend Lydia with incredible abilities, the two women must become the first superhero team. Now, it is up to Thunder Force to battle the super-powered Miscreants and save Chicago from the clutches of The King.

I like Melissa McCarthy. I like Octavia Spencer. I really like Jason Bateman. But, I did not like this movie. And it’s a shame, as there is clearly lots of fun to be had with a superhero/comedy mashup. It’s just too bad the script is painfully unoriginal, not to mention aggressively unfunny. Heck, things get outright gross at times (be prepared for plenty of raw chicken consumption). To be fair, McCarthy does get in a few comical moments - she’s effortlessly amusing after all, but it never delivers anything close to what the stacked cast is capable of. Need I remind you that Octavia Spencer is an Oscar winner!? Perhaps worst of the bunch, however, is Jason Bateman. Sadly, the affable actor is saddled with a pair of oversized crab claws as his one and only schtick. It’s odd and laughable at first, but quickly becomes rather embarrassing. Listen, I’m all for odd-ball comedy (loved me some Barb and Starr), but this just never passes the chuckle test. As for the superhero elements, well, it’s as generic as they come. There’s decent enough special effects mind you, but nothing that we haven’t seen a thousand times over. So, while not adding anything of substance to the superhero/action genre, and overly disappointing in the comedy arena, Thunder Force unfortunately whimpers out as nothing more than a cringe-tastic viewing experience!