TOY STORY 4 – “A near perfect blend of humour, imagination, and heart” 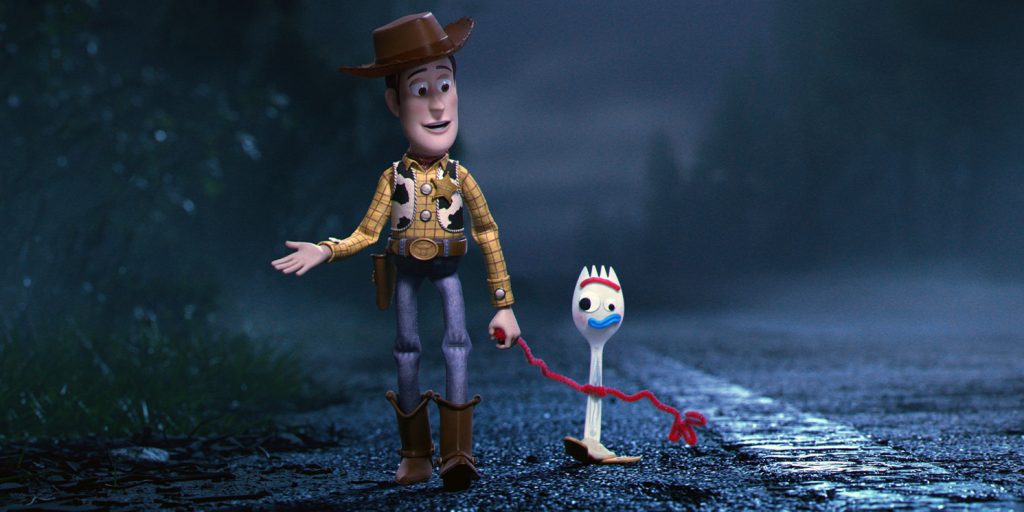 Is the 4th instalment in Pixar's Toy Story series, and the sequel to 2010's Toy Story 3 (Oscar winner for Best Animated Feature)

Woody, Buzz and the rest of the gang embark on a road trip with Bonnie and a new toy named Forky. The adventurous journey turns into an unexpected reunion as Woody's slight detour leads him to his long-lost friend Bo Peep.

Toy Story 4 proves once more that while they're often imitated, they can never be duplicated! Yep, the result of Pixar's fourth instalment in their "living and loving toys" series is a near perfect blend of humour, imagination, and heart! It's all so effortlessly enjoyable from the get-go, as we are treated to a touching story full of reunions, new friendships, adventures and tear inducing developments. What's more, this isn't some "greatest hits farewell tour," the story feels fresh and the new gags clever, while still building on the characters we know and love. Oh, but the new characters work wonders by the way! Keanu Reeves's Duke Kaboom gets my vote for his own action animated spinoff! And while many speculate that this is a finale for the franchise (and it would no doubt be a satisfying one), I'm personally hoping these films keep going for infinity and beyond!