VACATION FRIENDS – “Fizzles out at the mildly amusing mark” 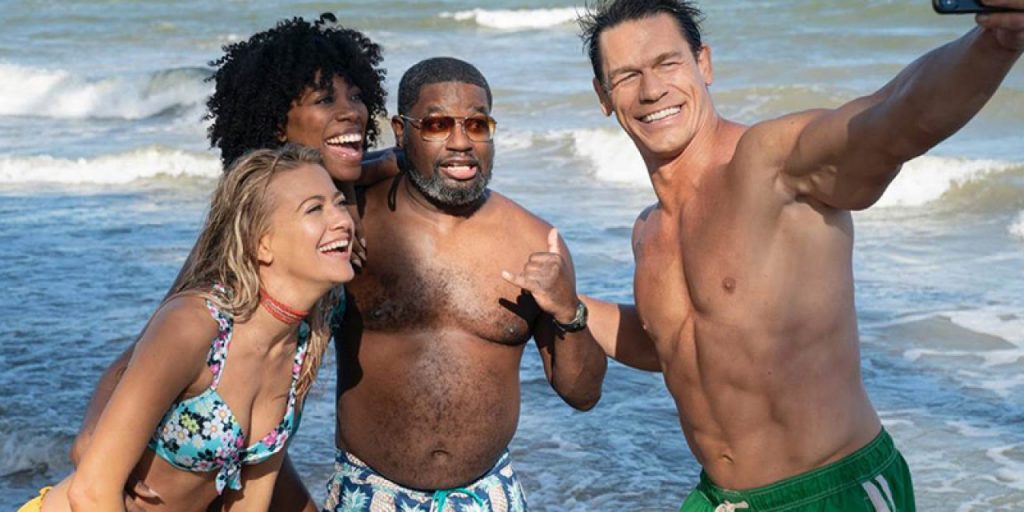 Marcus and Emily enjoy an unusual week without inhibitions when they meet new friends on vacation, but they are horrified when Ron and Kyla show up uninvited to their wedding.

Despite a very game cast, Clay Tarver’s Vacation Friends fizzles out at the mildly amusing mark. This is not a vacation of the National Lampoon’s variety. To be fair, there are some genuine laughs to be found (the accidental drug induced fox hunt for one), but the odd couple/raunch-heavy comedy is so derivative here that nothing comes close to being inspired. Helping the script find some semblance of energy, however, is the aforementioned cast. John Cena, in all his Ace Ventura hair glory, steals just about every scene he’s in, while Lil Rel Howery brings the neurotic charm tenfold. Yvonne Orji and Meredith Hagner have a little bit less to do, but still manage to make the most of it. The likability of these characters surprisingly goes a long way, keeping us interested in their antics ‘til the very end. Unfortunately, there is no escaping the predictable nature of the plot, especially the “I could have seen that coming a million miles away” finale. It’s a shame really, as with a little more creativity and the right hook, it could have been ripe for a sequel. But, with little in the way of originality, this is sadly one vacation you’ll likely forget all about in favour of other, more meaningful ones.