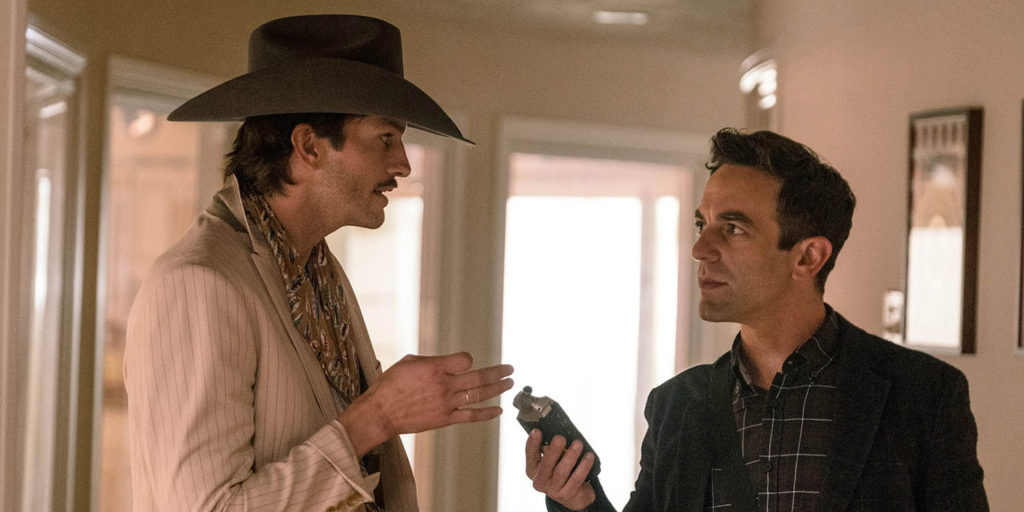 A journalist and podcaster travels from New York City to Texas to investigate the death of a woman whom he hooked up with.

B.J. Novak’s directorial debut is as offbeat as it is cunning – and that’s a good thing! Yes, Vengeance is an odd film in many ways, the black comedy is cranked high, but it can often get bogged down by the drama of it all. And while the plot and subsequent mystery is a sly one, things get more than a bit convoluted as the picture roles on. But, there’s no denying that the characters are given wonderful depth, the dialogue is delightfully sharp, and the intrigue is expertly heightened. There’s also the fact that the movie plays as a satire of sorts with plenty to social commentary thrown in. In addition, the actors involved (including Novak) show exceptional charm in their roles. It was also a nice love letter to “the South” in many ways. However, the film’s biggest issue is its less than stellar finale. Ok, so the landing is rough, but in this case, the enjoyable ride is what matters most!