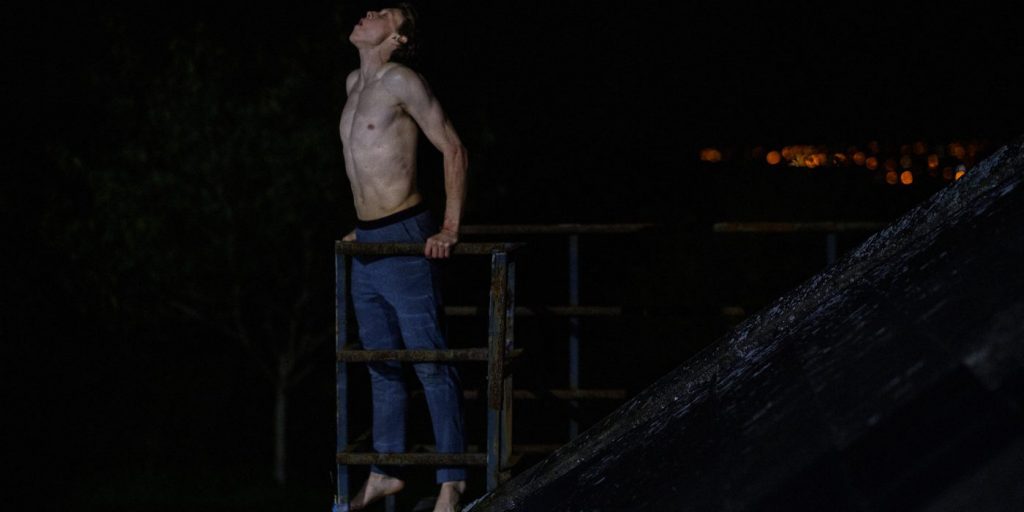 Believing he's a wolf trapped in a man's body, Jacob eats, sleeps and lives like one -- much to the shock of his family. When he's sent to a clinic, Jacob and his animal-bound peers are forced to undergo increasingly extreme forms of curative therapies. However, once he meets the mysterious Wildcat, their friendship blossoms into an undeniable infatuation.

Nathalie Biancheri’s Wolf is what happens when wildly stirring performances meet a depthless script. Yes, there are certainly points to be awarded for the daringly unique story being told, but there are plenty of strikes given for its lack of focus. It’s all rather annoying, as it is clear there is an important allegory at play. What could have been a smart look at rebellion against social conformity, instead fails to deliver any real message with convincing consistency. It’s not a complete waste, mind you, as there are plenty of nice little horror tinges to proceedings. The aforementioned narrative uniqueness also goes a long way, as we never really know what to expect from the get-go. The actors involved (especially George MacKay and Lily Rose-Depp) deserve all the credit for going all out in their depictions. In fact, it’s their fascinating depictions keep the film from becoming a complete ridiculous failure. It’s just nothing to howl over!

MrHollywoodMD · Mr. Hollywood's Review of THE POWER OF THE DOG, and WOLF