YOU SHOULD HAVE LEFT – “Passable 90’s level thriller” 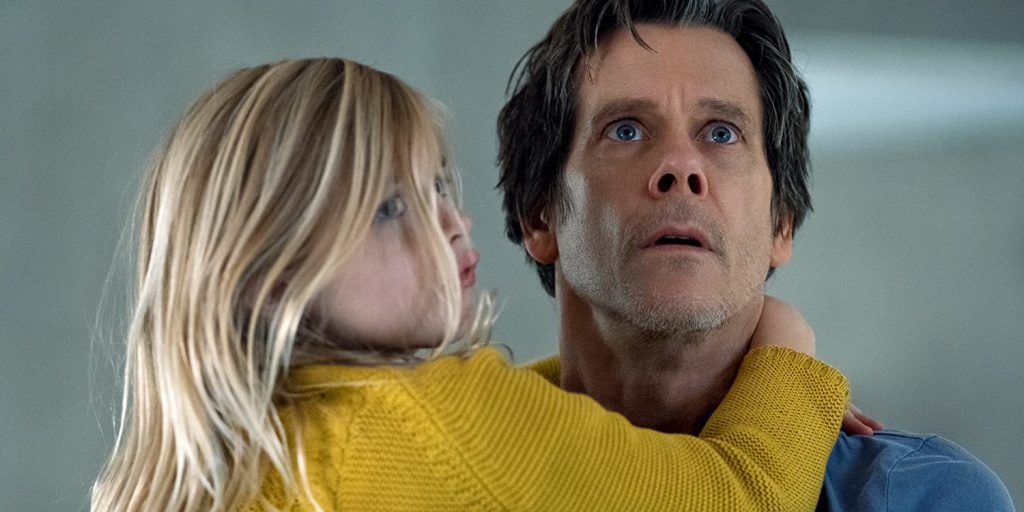 Theo Conroy is a successful middle-aged man whose marriage to his much younger actress wife, Susanna is shredding at the seams, frayed by her secretiveness, his jealousy, and the shadow of his past. In an effort to repair their relationship, Theo and Susanna book a vacation at a stunning, remote modern home in the Welsh countryside. What at first seems like a perfect retreat distorts into a perfect nightmare when Theo's grasp on reality begins to unravel and he suspects that a sinister force within the house.

You Should Have Left, an Airbnd horror story with existential undertones, is a completely passable 90’s level thriller. Unfortunately, it’s not much more than that. The film, which re-teams Kevin Bacon with director David Koepp, plays with some interesting concepts, but never fully explores them (the depth level is pretty low here folks). Bacon and Amanda Seyfried do their roles rather well, as does Avery Essex, who is easily one of the better child actors we’ve had of late. In fact, the family dynamic is the best part, playing with the fact that Bacon’s character is a lot older than Seyfried, and has a (mysterious) past all his own. But, for those looking for frights, well, they are scarce. Sure, the movie has some creepy elements and a few shards of suspense, but there’s nothing in the way of genuine scares. So, You Should Have Left is probably best enjoyed if you set your expectations low.

MrHollywoodMD · Mr. Hollywood's Review of MOPE, and YOU SHOULD HAVE LEFT